COLONIAL HEIGHTS, Va. -- Drivers in Colonial Heights contacted CBS 6 Wednesday describing what ‘looked like the KKK’ along the Boulevard. The man standing in front of the Colonial Heights War Memorial was wearing a white KKK robe and holding a Confederate flag.

Right beside him, was another man with a sign reading, “F—k this guy with an arrow pointing in the direction of the man in the KKK robe. 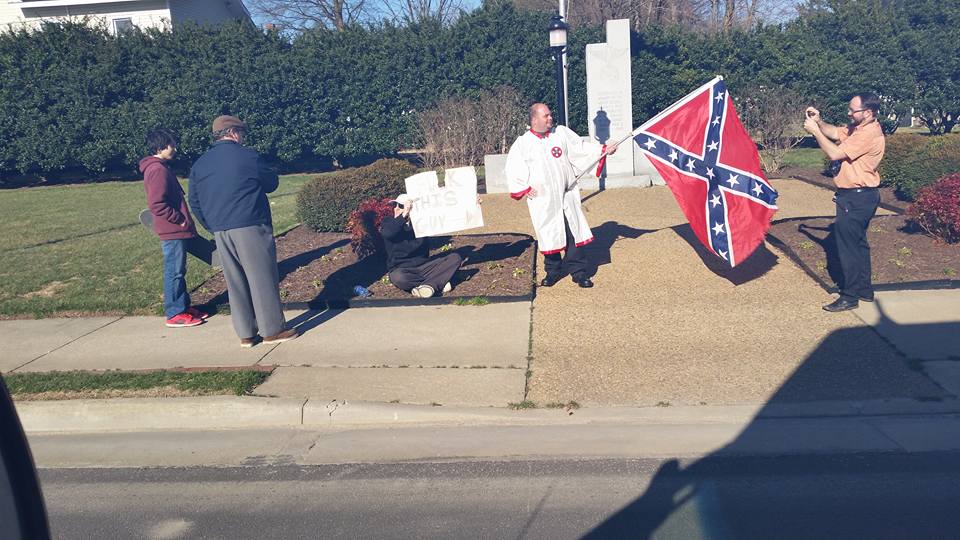 According to the Progress Index, the man wearing the KKK robe, identified himself as Skip Rogers of Chester, organizer of the National Association for Awakening Confederate Patriots.

When asked if he celebrating his heritage, Rogers did not offer additional information for displaying the controversial flag and wearing the robe.

“I’m exercising my First Amendment right,” he said. He added was planning on staying there “until my clothes get cold.”

The protester beside him said he grew up with Rogers, but their political viewpoints diverged over time.

He did not want to give his name out of fear of retaliation from Rogers’ group, but he said he was there to present an alternate point of view.