Massive fire breaks out at daycare center ahead of Dr. Seuss week

SPOTSYLVANIA COUNTY, Va. -- Crews extinguished a massive fire that broke out at a daycare center in Spotsylvania County Sunday afternoon.

According to the fire department, crews were called to the Always Sonshine Learn and Play in the 11900 block of Rutherford Drive  after the daycare owner smelled smoke and called 911.

At 2:47 pm, When firefighters arrived just before 2:50 p.m., they spotted a light haze of smoke in the building and the discovered a large fire in the building' attic space.

"Within moments of the fire’s discovery, it broke through the roof," Joseph M. Sposa, deputy chief of operations for the Spotsylvania County Department of Fire, Rescue and Emergency Management said. "Firefighters had to be evacuated to continue their work from the outside of the structure." 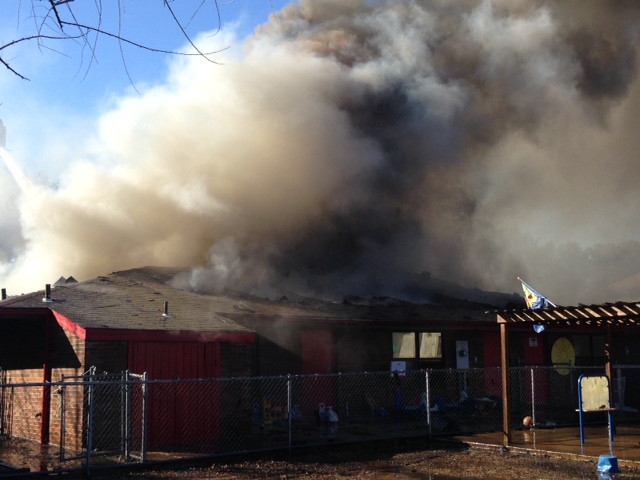 Officials said 45 firefighters spent an hour fighting to bring the fire under control.

The Spotsylvania Fire Marshal’s Office is investigating what sparked the blaze.

The daycare posted the following message on Facebook around 3:40 p.m.

"Our building caught fire, while I, Ms. Leah, came to the center to get ready for Dr. Seuss week and bring groceries in for the week," the post reads. "I smelled smoke, called 911 and in a matter of 15 minutes the whole building caught fire. My heart hurts. I am so very sorry. Blessed it happened today and not tomorrow. I am completely lost for words."