Maggie Scarano's dogs began violently vomiting around 5 a.m. last Thursday, five hours after they had been outside.  There was meat and blood found in the vomit, which Scarano noted was unusual based on the food they were normally fed.

Scarano rushed them to the veterinarian, who told her to look around the house for anything that could have made the pets sick. That’s when Scarano said she found remnants of canned dog food.

The food has since been turned over to police.

Initially, the dogs were just vomiting and their blood work was fairly normal, but then they began to experience neurological issues. The veterinarian said they became “unbalanced or uncoordinated and were not able to stand on their own.”

It quickly went downhill for the dogs after that.

“Two of the dogs became comatose within a few hours of presenting and they were nonresponsive without some sort of stimuli, “ said Dr. Brandy Ashman. “As the day went on they became worse, they lost the pupillary light reflex.”

By the end of the day all three were euthanized.

Ashman said the dogs were “intentionally poisoned,” and that the dogs suffered “excruciating pain.”

“These dogs were suffering and had no idea why; they looked at us with this helpless horrifying face,” she said. “We cried together and it upsets me to this day that someone would do that to those innocent dogs.”

The Blackstone Police Department was asked to investigate the suspected poisoning. They have spoken with the owner of the animals, the veterinarian, and the Nottoway County Health Department in attempt to obtain pertinent information about the animal’s symptoms and preliminary diagnoses.

“We know that someone has poisoned them, we know that it was a deliberate malicious poisoning,” Scarano said. “They were our family in every way, they each had their own personality and role in the house’” Scarano said. “My daughter was very attached to all three dogs.”

The first two dogs were sent to Virginia Tech for a necropsy, along with a sample of their vomit and blood work. The paperwork indicates the owner is very suspicious about how and why the container wound up in her yard.

Blackstone Police is aware of the necropsy results. “At this time I cannot release any new information as the investigation is ongoing,” the investigator said. 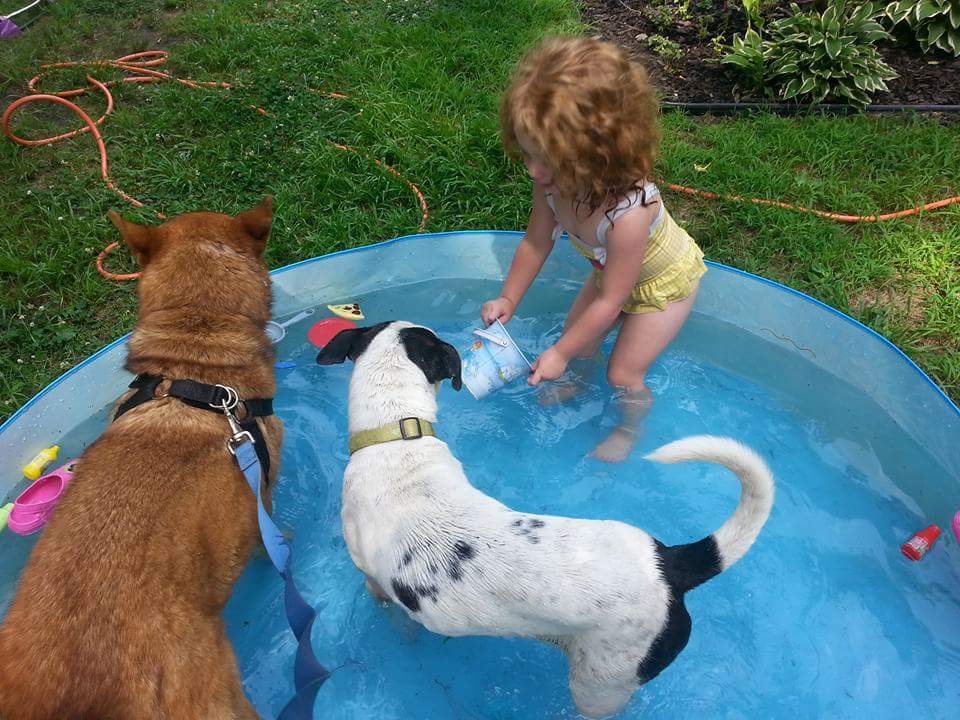 Scarano not only lost all of her dogs but she said she now owes more than $5,000 in vet bills in trying to save them. She set up a GoFundMe page for people who would like to donate to help with the expenses.

“Investigation into this incident is ongoing, and interviews are being conducted in an attempt to obtain more information,” police said.

Anyone with information is asked to contact Investigator Murphy who is coordinating the investigation at (434)292-3322 or contact Nottoway County Crime Solvers at (434)645-7111.