Emergency management officials spotted the twister moving along Route 460 and into Waverly.

Crews spotted a church and trailer in the storm. Snapped trees and signs were also spotted.

Troopers began responding to the damage along Route 40 in Waverly around 2:40 p.m.

That's where officials said a 50-year-old man, 26-year-old man and 2-year-old boy were killed when their mobile home was destroyed.

The victims, whose bodies were transported to the Office of the Medical Examiner in Norfolk for positive identification, were found about 300 yards from the mobile home.

Officials said four other structures suffered damage in the town. 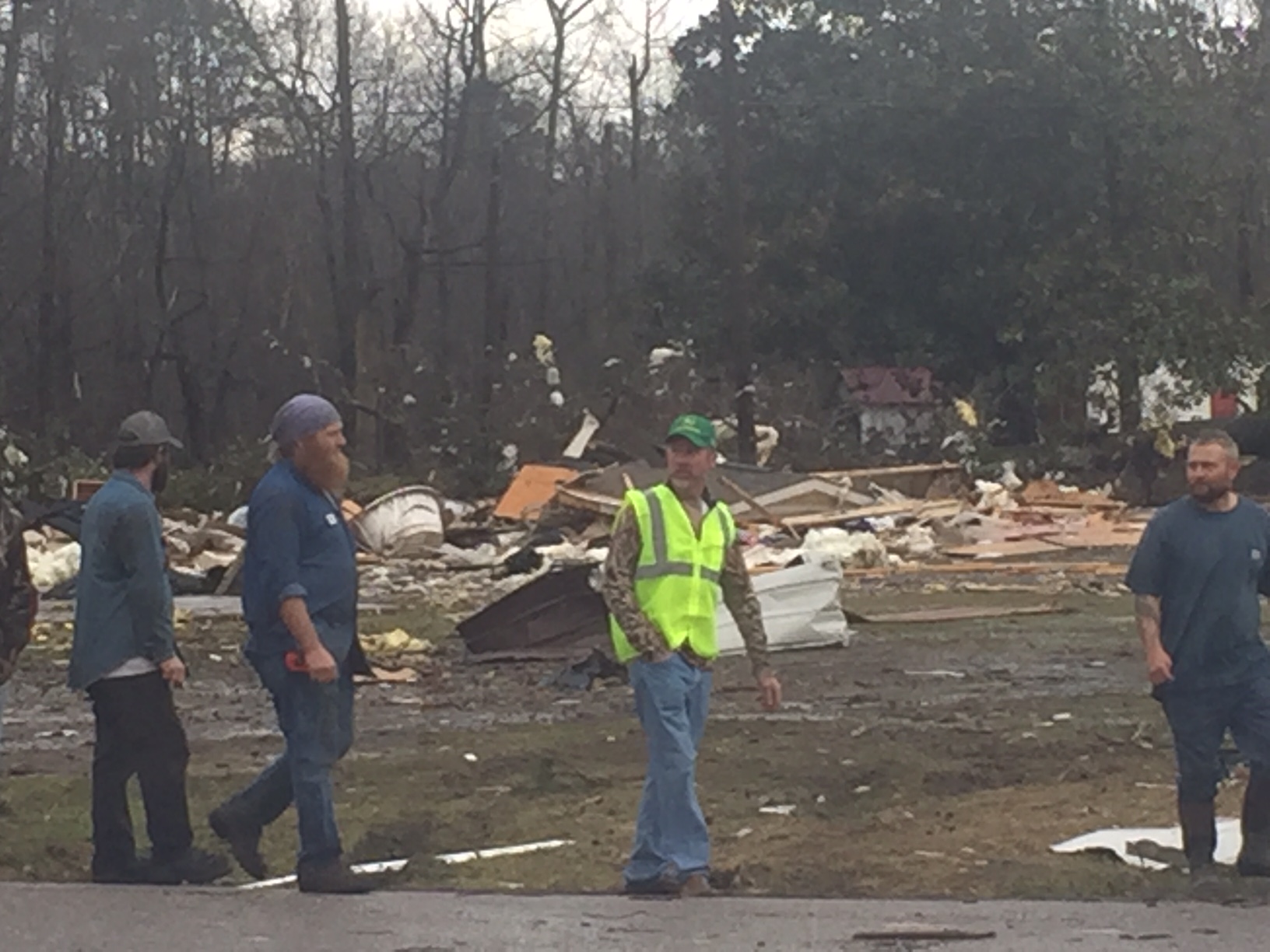 “I was at work when I got a call that a tornado was hitting Waverly,” said Pastor Terrence L. Green of Empowerment Temple Ministries.

The mobile home that left three dead had flown through the air and hit his church.

“It took the wind out me,” he said. The front of the buildings sustained extensive damage, but that was not why Green’s heart was broken.

“We’re not worried about the damage, our prayers go out to the family that lost their lives, the Turner family.” “We just thank God that despite the damage the church is still standing.”

“We are going to recover,” he added.

WTVR CBS 6 viewer Vincent Carden‎ shared a video what he called the "aftermath of tornado."

Shaneka Jackson shared a photo of the damage in the town.

Follow Michael Campbell with the Suffolk/Surry Dispatch for updates.

FROM THE SCENE: Heavy machinery used as part of the rescue and operations here in Waverly. Working to learn more... pic.twitter.com/4AyQYrcBXA

FROM THE SCENE: Metal twisted and contorted from possible tornado in Waverly near Empowerment Temple Church pic.twitter.com/L5JjxBYOU2