LAKE GASTON, Va. -- A Virginia 10-year-old with a rare disease got to live out her dream of meeting country superstar Carrie Underwood over the weekend, thanks to a local country singer.

Haley Hayes of Lake Gaston was diagnosed with Pompe disease, a rare genetic disorder that affects the heart and muscles, at six-months-old.

Haley’s mom Krystal said the disease has an unknown life expectancy, but they were told one year by doctors.

She said that didn’t stop Haley from singing Underwood’s songs since she learned how to talk.

Haley always wanted to meet her idol, but was never able to, until a local singer was able to help.

Chesterfield country singer and friend Brittany Marie was able to get Haley and her mom backstage meet and greet tickets to meet the American Idol winner this past weekend in Hampton. 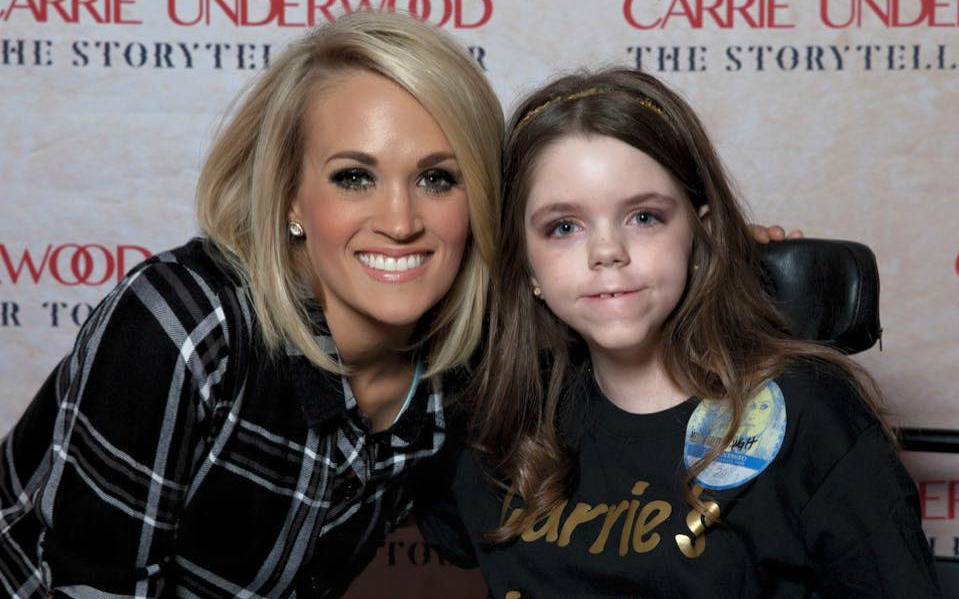 Krystal said once they got the chance to meet Underwood, her and Haley hit it off right away.

“The first moment seeing Haley lay eyes on her teared me up and warmed my heart for so many reasons,” she said. “Haley asked questions and she casually answered like we've been friends forever.”

Carrie even told Haley she would tell Sam Hunt, who Haley had met at the ACM awards, she said hi since she tours with him in the UK soon.

“An amazing few minutes that I wanted to last forever for Haley,” Krystal said.

Next came the show, which Haley’s mom said was amazing. Underwood even waved to Haley and gave her the "I love you" hand gesture during one of her songs.

Haley’s mom said all this wouldn’t have been possible without the persistence of Brittany Marie.

“These are the type of people your children need as role models and I'm so thankful Haley has that with Brittany Marie!” she said on the Helping Haley Facebook page.

Krystal  said the whole experience was something Haley will never forget.