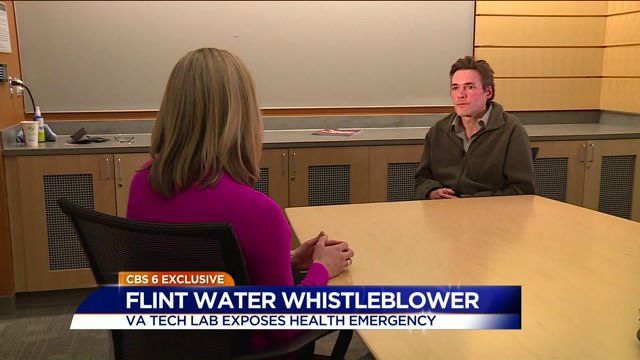 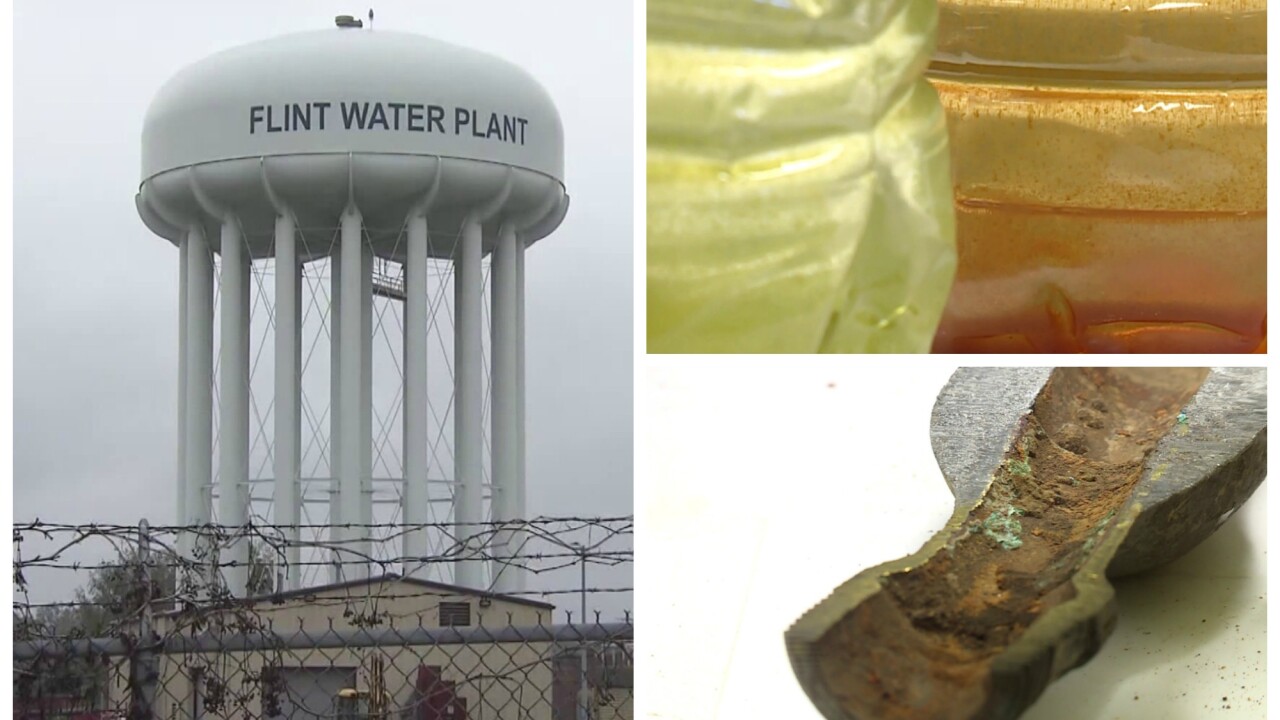 BLACKSBURG, Va. -- The ordinary footsteps and chuckles of students racing to and from class at Virginia Tech belies something extraordinary in a small conference room in the small college town nestled in the mountains of Southwest Virginia.

“It’s like Lincoln said: if you want to know a person’s true character, give them power,” Dr. Marc Edwards, a professor of Environmental and Water Resources Engineering at Virginia Tech, said to a group of his PhD students.

Tucked away in a building known to students as ICTAS, a man and his disciples talk about the message they want to convey to the public about their work in Flint, Michigan.

They are a group of heroes, according to thousands of people who live more than 500 miles away.

“Every citizen in Flint is grateful. The citizens in Flint don’t trust anybody else, they trust Virginia Tech,” LeeAnne Walters, a military-wife and former Flint resident, who now splits her time between Norfolk and Flint, said.

When Dr. Edwards took a call last August from Walters, a desperate mom in Flint who told him her child was sick with lead poisoning, her family was losing their hair, they were covered in rashes, and the tap water looked nasty, he listened.

“I called him crying, I’m like how do we fix this, nobody is ever going to believe us, what do we do to make them believe us?” Walters said before showing CBS 6 the scars that remain on her body from the lead in the water.

Dr. Edwards listened and after receiving samples, he began testing her water.

Troubled by his findings, he asked his PhD students if they were up for a challenge.

“We were all out to lunch and he was like I need some volunteers, we’re going to Flint, Michigan,” Rebekah Martin, a PhD student from Midlothian, said.

Martin, who graduated from Trinity Episcopal School in 2009, was one of the ones who said “yes.”

“We drove to Michigan from Blacksburg, and we had to take Marc’s wife’s van,” Martin said.

The group ended up visiting dozens of people on their two day trip and taking samples of their water.

“Most of them were sick, they had skin rashes, their hair was falling out, their children were lead poisoned,” Martin said.

They also sent bottles to 300 homes in Flint and asked residents to send them their water.

“It was probably eight days of running this thing continuously,” Dr. Jeffrey Parks, a research scientist at Virginia Tech, said.

Back in Blacksburg, the team tested the samples for lead.

Parks said the results were staggering.

“We knew there was a problem,” Parks said.

When the City of Flint switched its water source to the Flint River in the Spring of 2014, the corrosive water stripped lead from pipes, which then poisoned the water.

When the City of Flint switched its water source to the Flint River in the Spring of 2014, the corrosive water stripped lead from pipes, which then poisoned the water.

But, government officials in Michigan were not admitting there was a problem.

Walters even said she was publicly ridiculed.

“I was told I was a liar, and I was stupid,” Walters said.

Dr. Edwards and his students were essentially whistleblowers sounding the alarm using scientific data even as a spokesperson from the Michigan state office, charged with keeping the water safe, down played the team’s findings.

“How did you keep the students motivated when people up there like the spokesperson for the State Department of Environmental Quality was saying, oh Virginia Tech, they do this all the time and were discrediting what you were doing?” CBS 6 reporter Melissa Hipolit asked Edwards.

“Well, actually, it’s the other way around. They kept me motivated, so they knew that what we were doing was right,” Edwards said.

Dr. Edwards and his team were ultimately vindicated, and the Governor of Michigan even thanked him.

“When there was no one else who would help these people, we stood up,” Edwards said.

They stood up for people like Walters and put into practice what Virginia Tech preaches through its motto: “That I May Serve”

“Every penny donated to that school, they are worth it and more, because they aren’t just there for a job, they are there for people, and that’s rare these days,” Walters said.

Dr. Edwards and his team started a website where they are continuously updating the public on their findings in Flint.

The site even includes documents related to the crisis that they obtained through Freedom of Information Act requests.