A rare albino green turtle has been spotted — newly hatched — on an Australian beach.

Volunteers from Coolum and North Shore Coast Care were “amazed” to see the tiny creature at Castaways Beach, on Queensland’s Sunshine Coast.

Little Alby was taking his time: his brothers and sisters had hatched last Friday, but their distinctive sibling was still in the nest on Sunday. 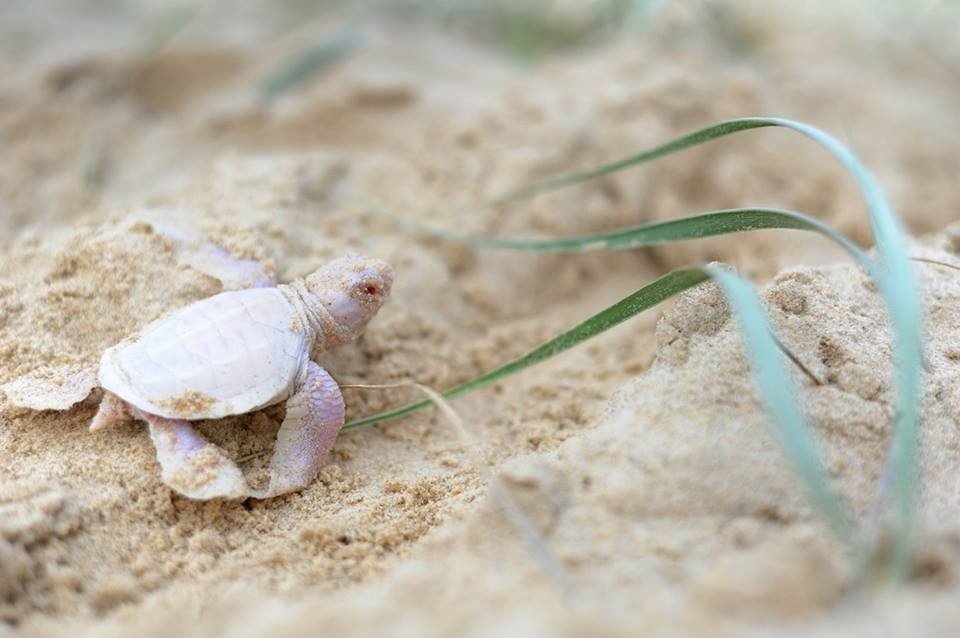 “It was a surprise. We were amazed to see this small white creature with pink flippers,” group president Leigh Warneminde told CNN.

While counting the empty shells to see how many turtles had made it to the ocean, they found the animal still sitting on the top of the nest.

Australia’s ABC quoted an expert at the Queensland’s Government’s Threatened Species Unit saying that “albino hatchlings are extremely rare; it probably occurs at the rate of one in many hundreds of thousands of eggs that are laid.”

The straggler among the nest’s 122 hatchlings, Alby faces a tough life.

Warneminde explained that only one in 1,000 green turtles typically survives to maturity — and Alby’s chances are even slimmer.

Albino turtles, she said, are not well suited to the environment; because of their color, they have no camouflage, making them easy prey for larger sea creatures.

But at least Alby got off to a good start: “He was quite vigorous while walking from the nest to the ocean,” Warneminde said.