When the actress wore a cleavage-boosting black bra under a white jacket to introduce the memorial tribute at this year’s SAG awards, some deemed the look inappropriate for the occasion.

Among them was Piers Morgan, who said Sarandon’s plunging neckline was “very tacky” given the setting. He stood his ground as others accused him of “body-shaming.” Would she wear the same outfit to a funeral? “No,” he posited.

He was far from the only person to express the view, setting off debate over who gets to decide standards of appropriateness for Sarandon, or any other woman, for that matter. Some observers noted that younger stars baring similar boobage at the SAG Awards were not subjected to the same scrutiny.

“Not that they should have, of course, but it’s strikingly awful that Sarandon alone was the target of the social media bigots. Sarandon is 69 and therefore it’s apparently not OK for her to remind us all that she’s still a living, breathing, sexual being,” Harriet Hall wrote in Stylist.co.uk.

“This kind of rampant sexist reaction to a woman over 50 exposing a bit of cleavage is just another example of the endemic sexism and ageism that we see, not only in Hollywood, but all over the world and it needs to end, now.” 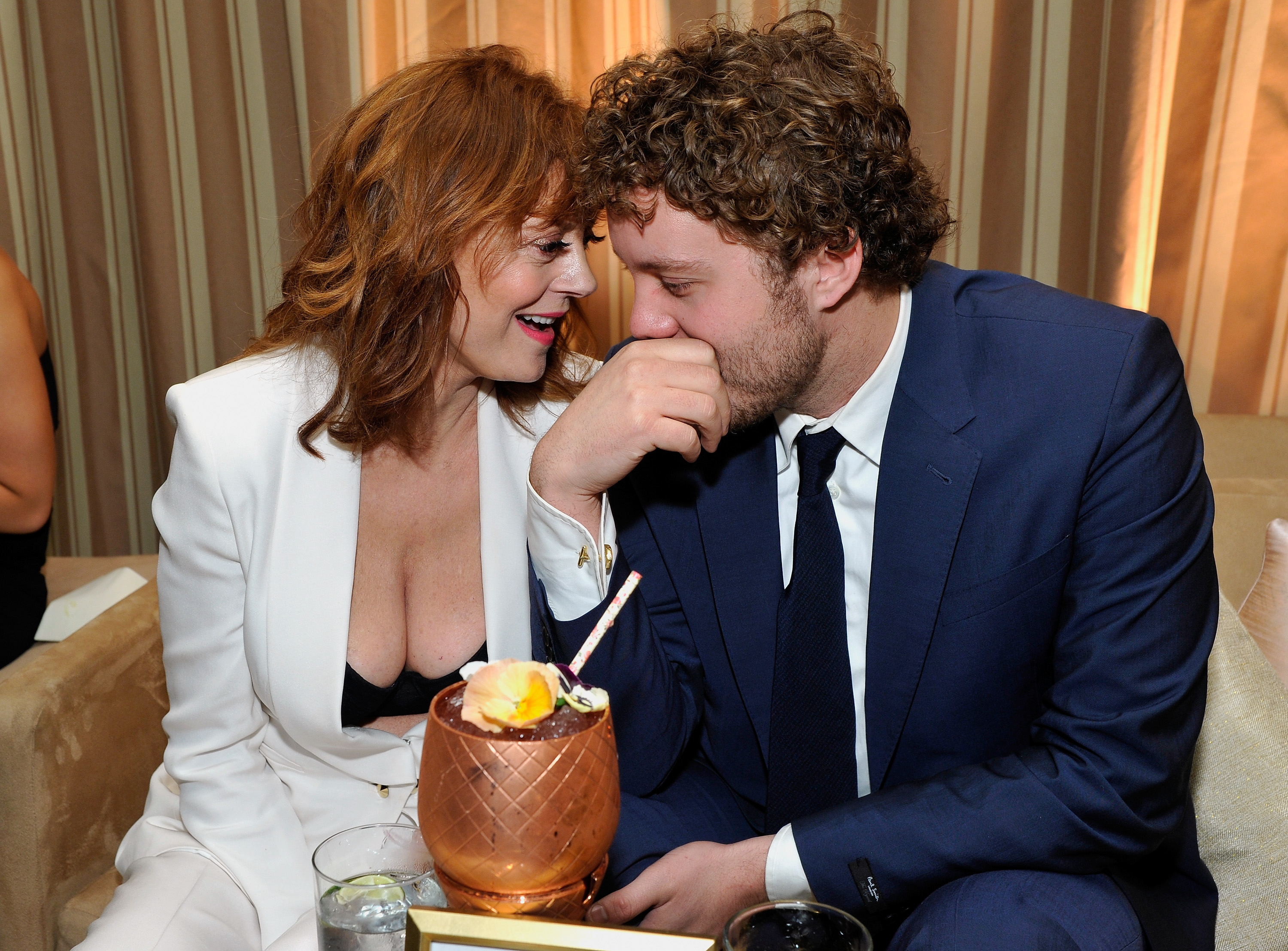 Sarandon, however, stood her ground. For throwback Thursday, she tweeted a picture of herself in a bra from 1975’s “The Rocky Horror Picture Show” and dedicated it to Morgan.

The tweet kickstarted a movement to #freethecleavage. Soon enough, Morgan was inundated with busty images from women — and a few men — declaring #cleaveagesolidarity with Sarandon.

As one person said, “I’m tired of being told I have too much cleavage, like it’s an option.”

Another photo was captioned, “Dedicated to @SusanSarandon and remember that we are in 2016 and women can dress as you see fit.”

“Showing cleavage solidarity with Susan Sarandon,” another person said. “Proud to #freethecleavage — that’s how we are made, Piers Morgan.”

Morgan said he was not asking for the images though he did see fit to retweet some and respond to others.

“Thanks for all the consoling words, he said. “I’m taking my ‘punishment’ like a man.”