Some mixed precip or light snow is possible overnight, mostly east of I-95

RICHMOND, Va. -- The cold front that moved through late Wednesday into Thursday morning will hang near the coast Thursday night into Friday morning.  As some energy rides along it overnight, the threat for rain will continue across central and eastern Virginia.  The heaviest amounts of rain will be east of I-95 and across southeastern Virginia.

As cold air moves in during the night, the rain will mix with and may change over to snow for a short period of time.  The best chance of this will be east of I-95.  Here is the hour-by-hour forecast: 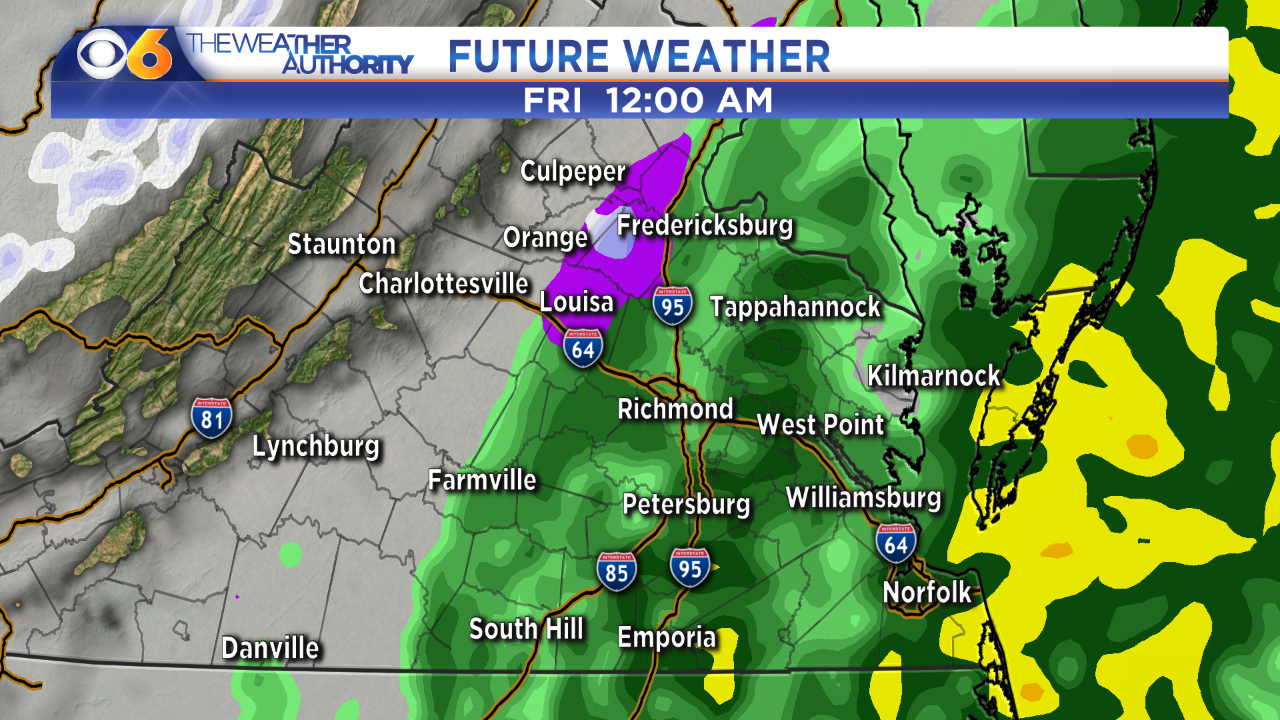 Due to the warmer ground from the past few days, it will be tough initially for the snow to stick.  After the mix and snow begins, the ground may get cold enough for a light accumulation of a coating to an inch or so, mainly on the grassy surfaces.

With all of the factors combined, the best chance of seeing accumulation will be areas that are both located east of I-95 and north of I-64.    A winter weather advisory is in effect for the Northern Neck.  Far southeastern Virginia will likely be too warm for a complete changeover to snow or anything to stick.

Our next opportunity for snow will be early next week.  An upper-level system will swing through Monday evening into Tuesday with some snow showers.  This should not be significant, but there might be enough moisture and snow showers for a light accumulation of a coating to an inch or two.  Our computer models have been suggesting a coastal system will develop sometime Tuesday.  The past few model runs have been downplaying the strength of the low and proximity to the coast, if the low develops at all.  As of now, it looks like if a coastal low does develop, it may be too far away from the coast to cause any major impact.