RICHMOND, Va. — One man was taken to the hospital after a crash Wednesday morning in Richmond. While the cause of the crash at Carolina Avenue and Burns Street in north Richmond remained under investigation, the result was clear. The truck ended up on top of the black Nissan Versa.

The man driving the Nissan was taken to the hospital. The extent of his injuries has not yet been released.

The driver of the truck was seen talking to police after the crash. 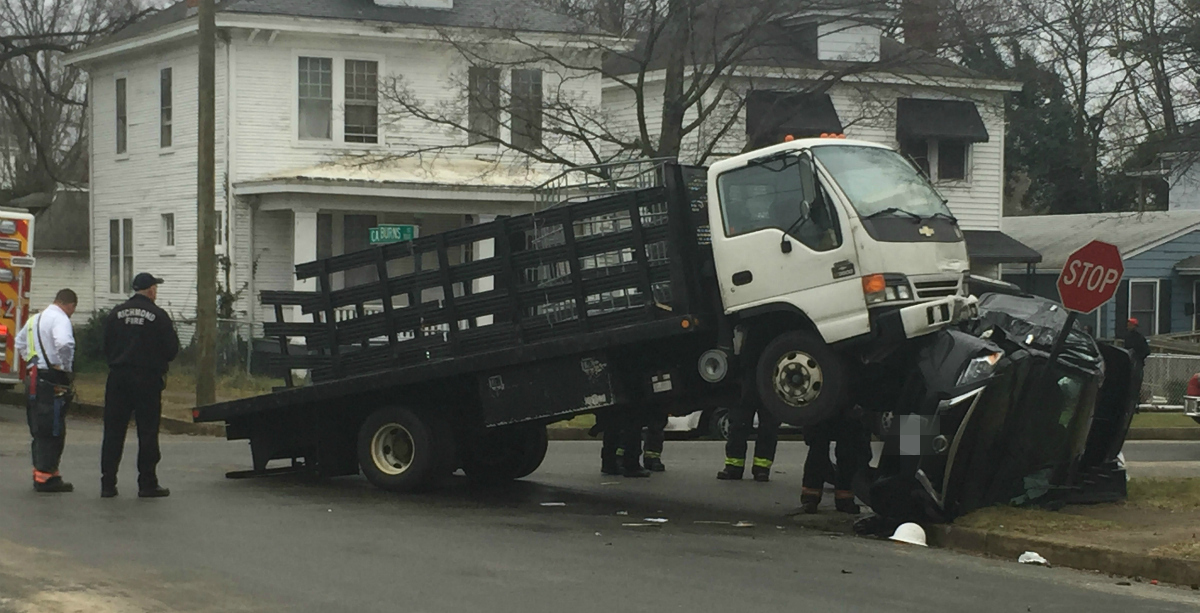 No charges have been filed as the crash remained under investigation.

Neighbors said the intersection was prone to crashes and was in need a four-way stop.