HENRICO COUNTY, Va. – A family of four has been displaced after a fire broke out in an apartment in Henrico County’s West End Thursday afternoon. Crews were called to the 7700 block of Northbourne Court at 2:45 p.m.

When firefighters arrived on the scene six minutes later, they spotted smoke coming from the apartment building’s roof and a discovered small fire in a second-story apartment’s bedroom.

“The fire was quickly extinguished and prevented the spread to the other apartments in the building,” Henrico Fire spokesman Capt. Danny Rosenbaum said. “The apartment where the fire originated was the only apartment to suffer fire and smoke damage.”

Firefighters rescued the family’s  dog from the apartment building and officials said the animal was “fine.”

The fire was marked under control just after 3:15 p.m.

The Henrico Fire Marshal’s Office was investigating what caused the fire. 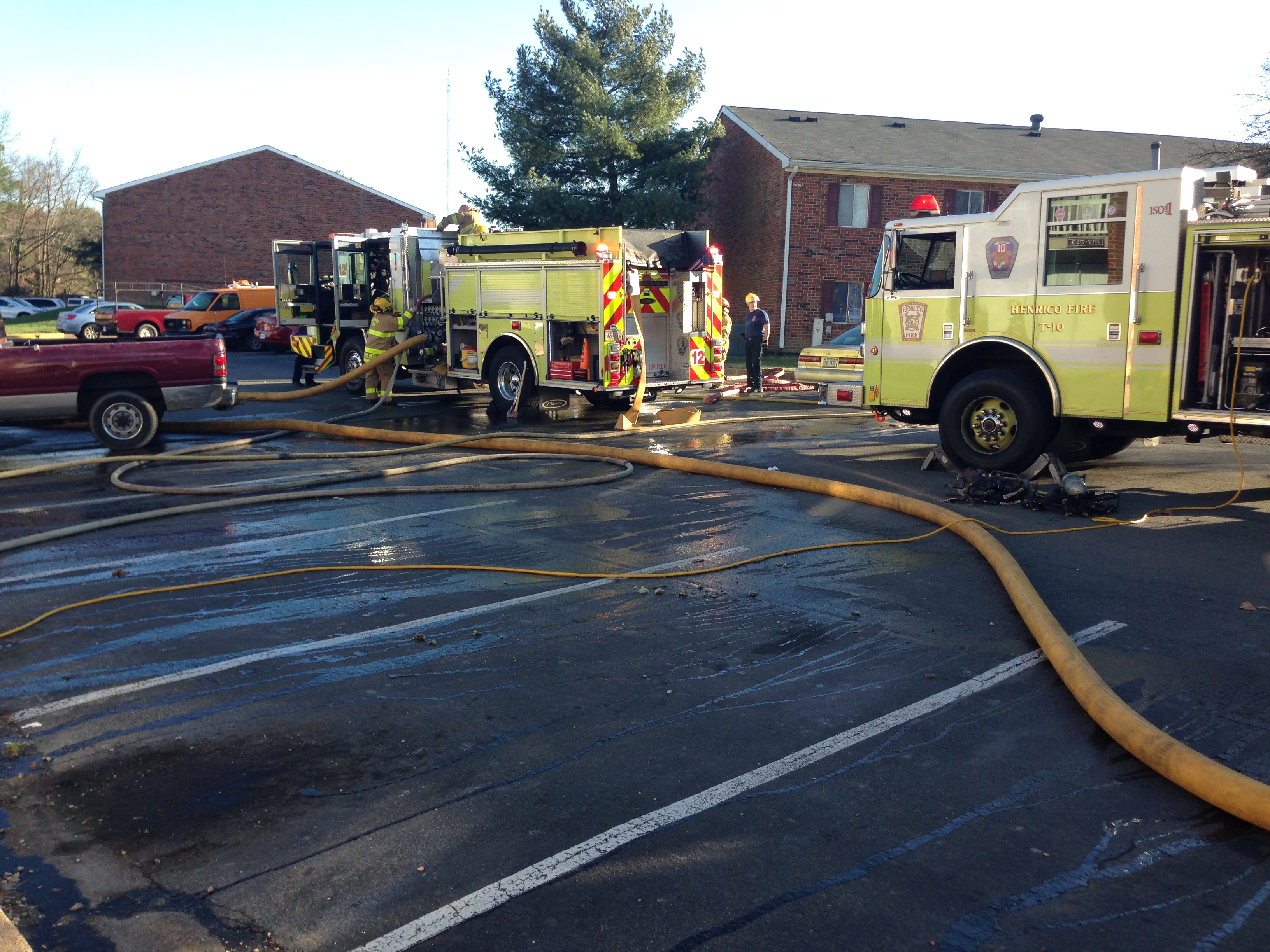