A hunter tracking down a mountain lion has stumbled upon a biological mystery.

Fish and Game officials say a male mountain lion involved in an attack on a dog near Preston, Idaho, was killed last week near the Utah border.

What the hunter discovered after examining the corpse can only be described as bizarre, even monstrous.

A photo released Thursday by Idaho Fish and Game shows the big cat had another set of fully-formed teeth and whiskers growing out of the top of its head. Wildlife officials say they have never seen a deformity like that -- but have offered up several theories.

They say it's possible the teeth could be the remnants of a conjoined twin that died in the womb and was absorbed into the other fetus. They then grew on their own.

Another explanation is a so-called "teratoma" tumor. This type of abnormality, whose Greek name translates to "monster tumor," can grow teeth and hair. In humans, it can grow fingers and toes.

Mountain lions are common, though rarely seen, in Idaho and can be legally hunted. They usually prey on deer, elk, moose and other wild animals but sometimes attack domesticated pets and livestock. 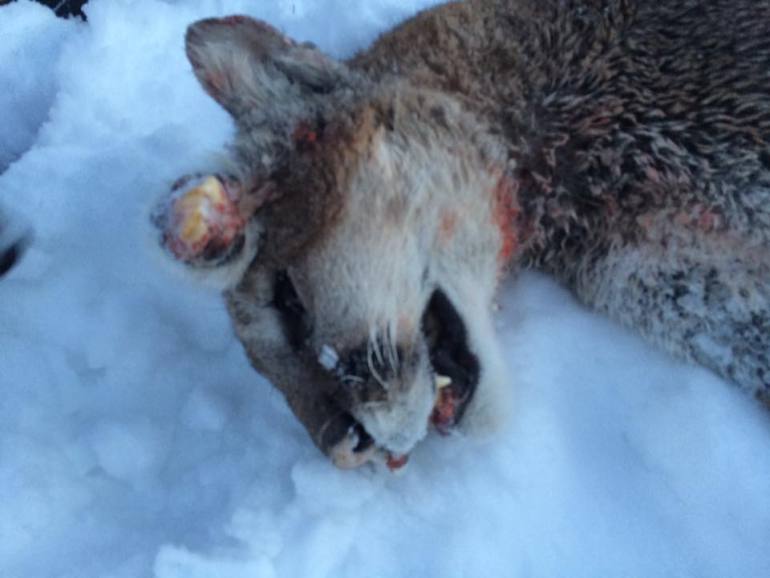