FORT LEE, Va. -- Dozens of local families had a happy start to the New Year after their loved ones returned home after spending six months overseas. Soldiers from the Army's 54th Quartermaster Company were welcomed home by family and friends Wednesday night at Fort Lee.

They spent six months in Southwest Asia as part of Operation Freedom's Sentinel, one of two active duty mortuary affair units in the army. 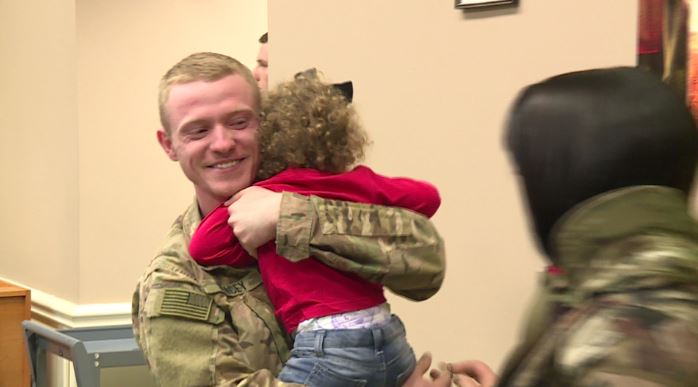 “This is my second time being apart from him and he turned three when I was gone.” Carrigan said.

His wife Juliana said it was tough having Michael gone especially since Garrison is a toddler.

"He talks to him on FaceTime all the time and I kept telling him that he didn't have to talk to him on the phone today; he was going to see him in real life. So he's very happy,"

“I love you, Daddy," said little Garrison in agreement.

"I love you too," Carrigan said as he gave his son a kiss.