HENRICO COUNTY, Va. -- Henrico police are investigating a suspicious death in the 3900 block of East Chatham in North Henrico and have captured a man driving a vehicle of interest from the suspicious death in a police pursuit that ended with a single car crash on Staples Mill Rd. Tuesday night.

Police sources tell CBS 6, an 81-year-old woman was found bloody on the floor and there were obvious signs of trauma. The sister and great niece of the victim confirmed to CBS 6 the victim’s name is Bertha Bernice Pannell and she’s lives at the residence with her grandson. At this time police will not confirm if the grandson is at the scene or missing. Police are talking to neighbors to see if they saw or heard anything at the residence this afternoon around 3.45.

Family members told CBS 6 the victim's grandson, who lived with her was nowhere to be found and her car was missing.

"She's a very sweet person,” said Doris Wingfield, Pannell’s younger sister.  “She'd do anything for you and she looked out for that grandson.”

"It has hit all of us,” said Leslie Kerr, the victim’s niece.  “Bernice would do anything for all of us."

A prayer circle formed beside Pannell's Henrico home.  Her family prayed that a higher power would make things right.  "We are going to pray and leave this situation with god because she is with him now,” said Kerr. “This won't tear our family apart, but it will bring us closer together."

Police said at around 7:40 p.m. a vehicle of interest from the suspicious death in Henrico, was seen by an officer in the City of Richmond. Once the driver of the vehicle saw the officer, he accelerated rapidly leading to a pursuit by officers.

The vehicle crashed on Staples Mill Rd. near Thalbro St. where it left the roadway and struck a power pole. 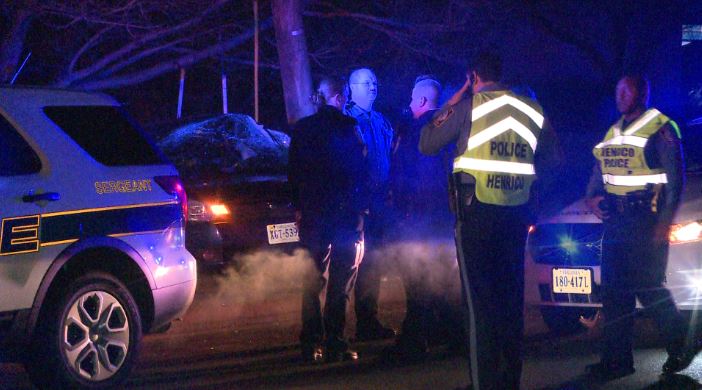 The driver, an adult male sustained non-life-threatening injuries and was transported to an area hospital for treatment. Police have not released the identity of the drive or his relation to the suspicious death.

There were no other vehicles involved in the crash, which is under investigation by the Henrico Police Crash investigators at this time.