Creature from the deep surfaces in Japanese harbor 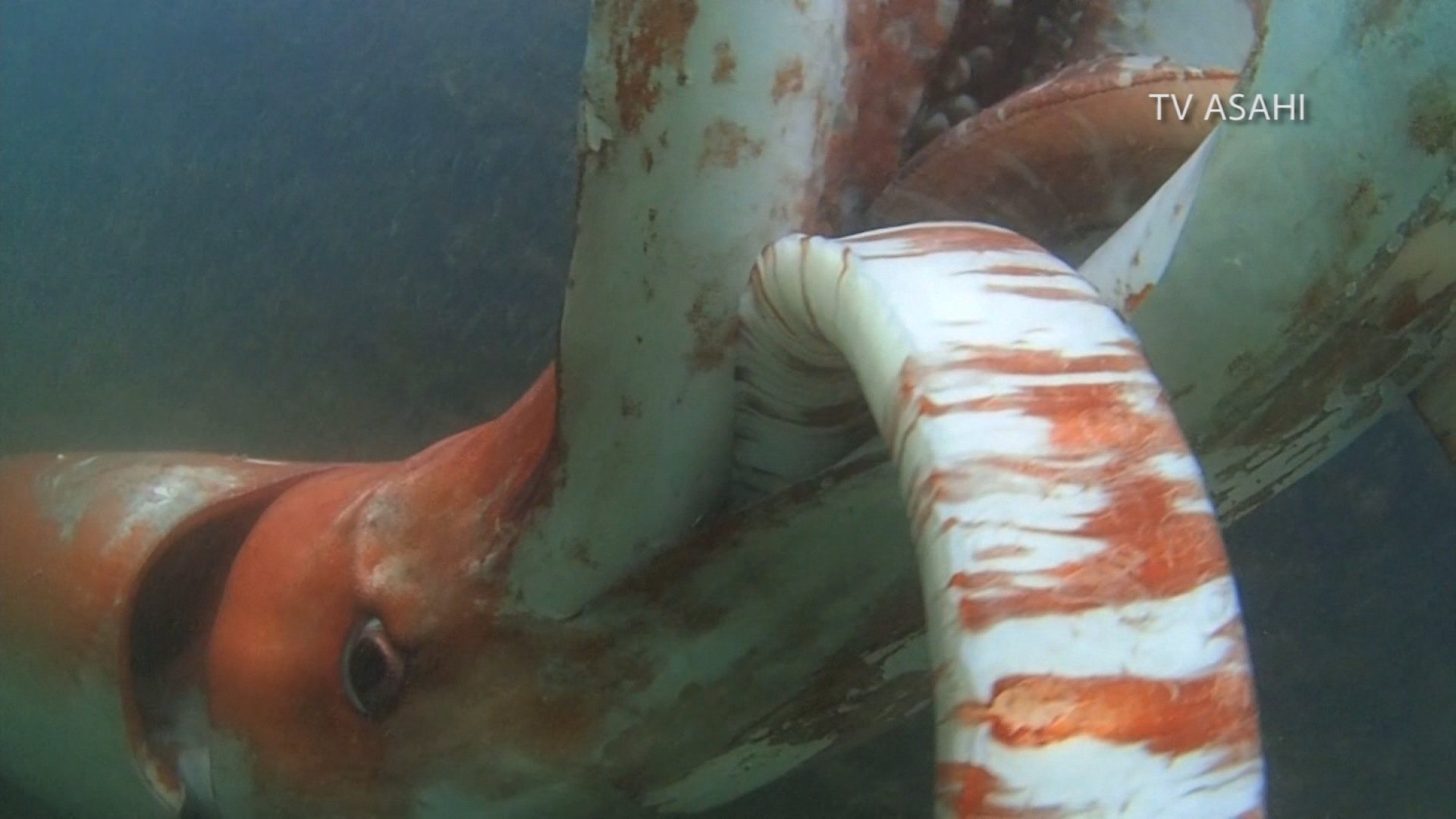 TOKYO — It isn’t every day that a mystery from the deep swims into plain sight. But on Christmas Eve, spectators on a pier in Toyama Bay in central Japan were treated to a rare sighting of a giant squid.

The creature swam under fishing boats and close to the surface of Toyama Bay, better known for its firefly squid, and reportedly hung around the bay for several hours before it was ushered back to open water.

It was captured on video by a submersible camera, and even joined by a diver, Akinobu Kimura, owner of Diving Shop Kaiyu, who swam in close proximity to the red-and-white real-life sea monster.

“My curiosity was way bigger than fear, so I jumped into the water and go close to it,” he told CNN.

“This squid was not damaged and looked lively, spurting ink and trying to entangle his tentacles around me. I guided the squid toward to the ocean, several hundred meters from the area it was found in, and it disappeared into the deep sea.”

Yuki Ikushi, the curator of Uozu Aquarium in Uozu, Toyama, told CNN that there were 16 reports of Architeuthis squid trapped by fishing nets last season, and this one is the first sighting this season, which runs from November to March.

“We might see more in this season, but it’s very rare for them to be found swimming around (the fishing boats’) moorings.”

The Toyama squid is a fairly small example of the species, estimated at around 3.7 meters (12.1 feet) long, and may be a juvenile. Giant squid are thought to grow as large as 13 meters (43 feet) long. They typically inhabit deep waters, and it is unclear why this one wandered into the bay.

Sightings of giant squid are extremely rare, and indeed for hundreds of years they were considered no more than a myth. The species was likely the inspiration for the mythological Kraken sea monster, a northern European legend popularized in an eponymous poem by Alfred Tennyson, and the Scylla of Greek mythology.

Recent specimens have been found washed ashore dead, when their bright colors have already faded. The first-ever observations of a giant squid in its natural habitat were made in deep waters in the north Pacific in 2004, and Japanese broadcaster NHK, along with the Discovery Channel filmed the first live adult in 2012.

Oceanographer and squid expert Edie Widder of the Ocean Research and Conservation Association, who was part of the team which first captured the squid on film, told a TED audience in 2013: “How could something that big live in our ocean and remain unfilmed until now?

“We’ve only explored about five percent of our ocean. There are great discoveries to be made down there, fantastic creatures representing millions of years of evolution.”