RICHMOND, Va. -- The Richmond SPCA got 12 new dogs and 3 puppies into their shelter Monday, now looking for a forever home in Richmond.

The new arrivals come from Tazewell County Animal Control. The Richmond SPCA was able to take in the pets after a huge December in terms of adoption. The Big December was due to a partnership with Priority Automotive that sponsored free pet adoptions from December 3 through December 18.

“The Richmond SPCA got 415 animals adopted earlier in December. That gave us a lot of space that allowed us to transfer in animals,” said Richmond SPCA CEO Robin Starr. “Richmond SPCA reached out to them recently to see if we could help because we know transport is now one of our greatest tools for lifesaving and animal welfare.“ 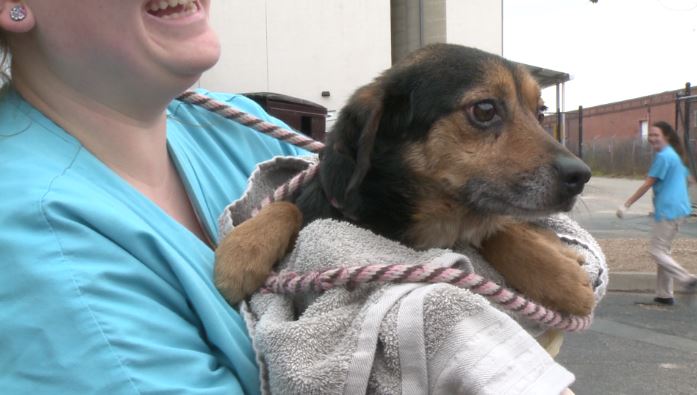 Starr said the organization does a lot of transporting with shelters all over the state of Virginia as well as outside of the state.

"We recognize we can do a lot of good saving these lives, that would likely be lost if It wasn’t for an Organization like the Richmond SPCA," Starr said.

Once the dogs have their veterinarian medical exam and is spayed and neutered, the new additions will be made available for families to adopt.