MUSKEGON TOWNSHIP, Mich. — An unusual Christmas display in Michigan honors a family patriarch, but some have taken to social media to complain about its graphic nature. The display, located in Muskegon Township, is featured in a post that’s now been shared hundreds of times on Facebook. Michael Golliver posted for people to call Muskegon Township Police to say they don’t want the image of a gunman pointing at them as they drive by. 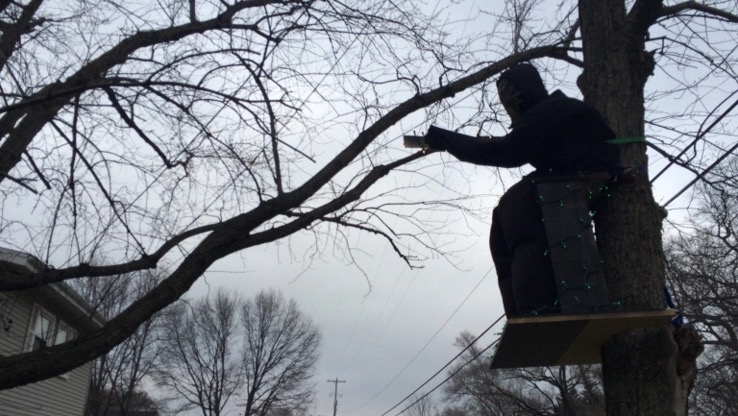 WXMI spoke with the owners of the home Tuesday who showed the whole display.  The family said the display is meant to pay homage to their father who was an avid hunter before passing away last year.  The “gunman” in the display is actually a re-purposed Halloween decoration now wrapped in lights that’s aiming at two lit animatronic deer in the yard.

The owner also said none of her neighbors had said anything to them about the display. They were shocked by the reaction it received on social media.

In Golliver’s post, he references that Muskegon Community College is nearby and recently had a bomb scare.