“Being there was almost like entering another planet. It was surreal and completely beautiful.”

Photographer Seph Lawless is sharing several photos of the currently-closed park in Beech Mountain in the western part of the state, which operated from 1970 to 1980, and is now open for one weekend in October. The park is also available for personal tours, birthday parties and private functions, WGHP reports.

The photos are part of a book that Lawless recently published entitled “Bizarro,” which highlights abandoned amusement parks across the country. Lawless is known for his photos of urban decay and abandoned spaces. 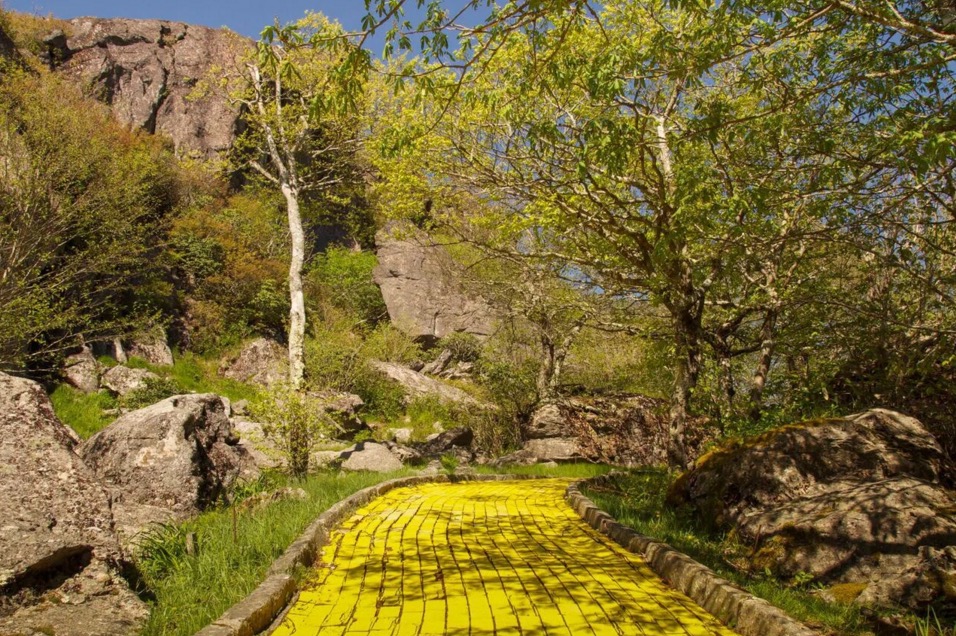 When Oz was open year-round, tourists could explore Dorothy’s farmhouse, meet their favorite characters from the movie and participate in a hot air balloon ride.

Watauga Lake Magazine reported that the park had 400,000 visitors during its first summer in 1970. It was once the second most popular tourist park on the eastern side of the country.

The owner died shortly before opening and “changing times, economics, liabilities, maintenance, and other interests of its owners, along with the lack of change at OZ, took their toll on the park,” she wrote.

“It’s a really unique place,” Lawless said of Oz. “It sits hidden on top of a mountain, one the highest mountain peaks in the eastern U.S., so being there was almost like entering another planet. It was surreal and completely beautiful.”

Information about visiting can be found on Beech Mountain’s website.

There have been reports of trespassers. Nobody is allowed to enter the park except for when it is open.