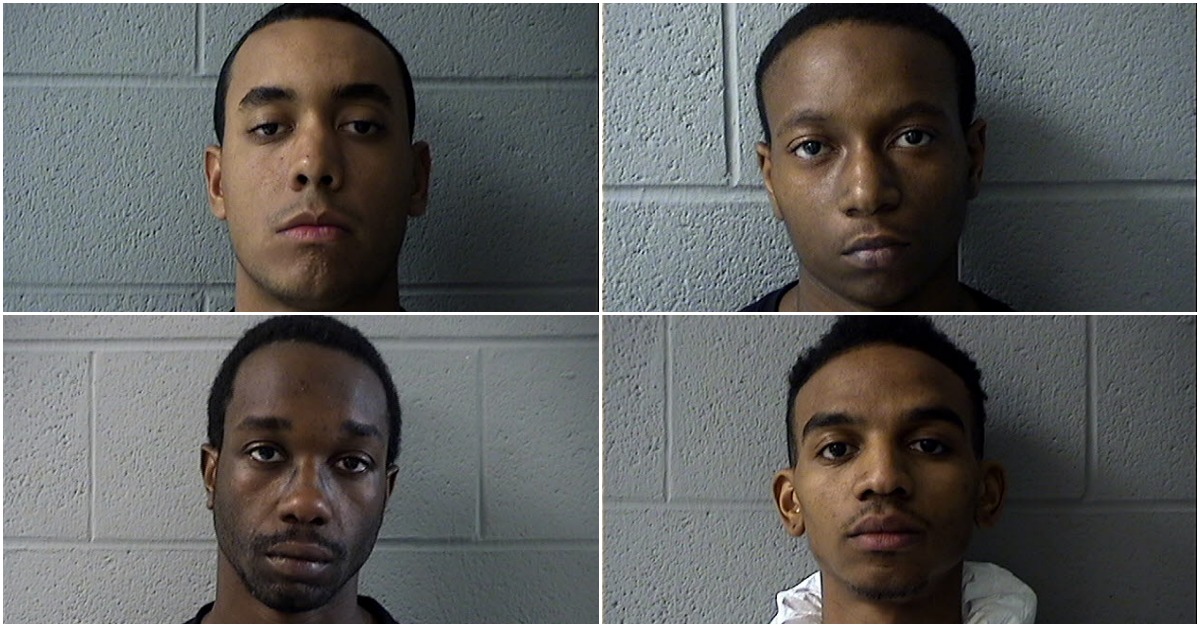 Officials with the New Kent Sheriff’s Office said they received a call just after 6:30 a.m. from a woman saying she had been robbed at gunpoint and that her car had been stolen near North Courthouse Road and Kentland Trail.

The victim, who was not hurt, said a red sports car also fled the scene.

Less than 10 minutes later, state troopers spotted both vehicles heading southbound on Route 106 in New Kent County, according to investigators. Tha’s when the stolen car sped up and tried to lose troopers. The pursuit continued until officials said the stolen vehicle stopped just north of Route 5 in Charles City County.

“At the time of the stop several subjects fled the vehicle on foot into the woods,” New Kent Sheriff’s Office Chief Deputy J. Joseph McLaughlin Jr. said in a news release.  “The small red sports car was stopped by the additional members of Virginia State Police in the area of Old Union Road and State Route 106 in Charles City County.”

Law enforcement, with help from a state police canine team and chopper, found and apprehended the suspects just before 9:30 a.m.:

The four suspects are being held without bond at Henrico Jail East.