RICHMOND, Va. -- Taneshia Stoddart-Kerr really had no idea what was going to happen when she and her husband appeared on the Steve Harvey show (airing Wednesday at 4 p.m.). Stoddart-Kerr, of Chester, had been through a lot since 18-month-old twins were born severely premature -- 14 weeks early. The twins, Asher and Achsah, weighed just 1 ½ pound each.

"They spent the next three months at the hospital. In order to spend more time with her babies in the hospital, Taneshia shaved her head because the routine of getting ready in the morning took too much of her time," a Steve Harvey show spokesperson explained. "Once she brought the babies home, Taneshia was often alone with them, as Tim took on extra hours working as a truck driver, to help pay off medical bills. Taneshia had to pay close attention to the babies while they slept, in case they stopped breathing. One night, her daughter regurgitated in her sleep and Taneshia ended up having to perform infant CPR, ultimately saving her life."

It was that dedication to her children that prompted Tim to nominate his wife to be honored on the Steve Harvey show. Steve made a phone call and got music superstar (and mother of twins) Mariah Carey to help surprise the unsuspecting mother.

"She and Steve Harvey will team together to honor a very brave mother who made tremendous sacrifices for her twin children," the show's spokesperson said. "In addition to being named a 'Super Mom,' Mariah Carey will give Taneshia a total makeover, courtesy of her own personal glam squad! Steve Harvey will gift the family with $10,000 on behalf of Green Dot to help with their medical bills and send them on a five-day, four-night stay in their native Jamaica, so that their young children can meet members of the extended family for the first time."

Steve Harvey can be seen on WTVR CBS 6 weekdays at 4 p.m. 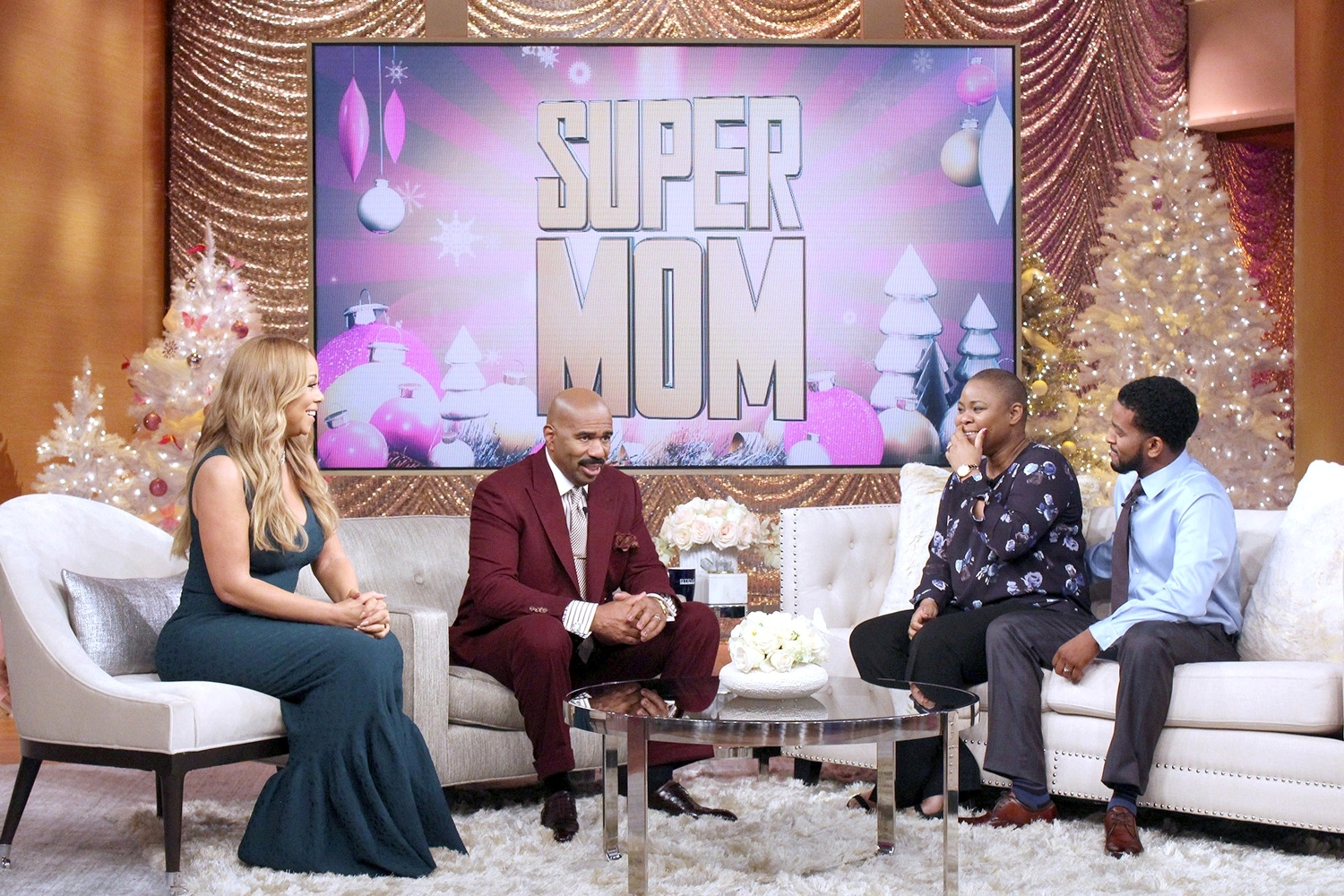