RICHMOND, Va. – There were some scary moments early Sunday morning for one person living near VCU’s main campus in Richmond.

After shots were fired near the campus, the university issued an alert just after midnight in the 1200 block Of Moore Street.

Police said no one was injured, but a photo sent to WTVR CBS 6 News shows bullets struck a window and then penetrated a couch inside the residence.

The person living inside the home tweeted he was in shock about what happened.

“Survived my first Richmond shooting last night, but I wish I could say the same for my couch. 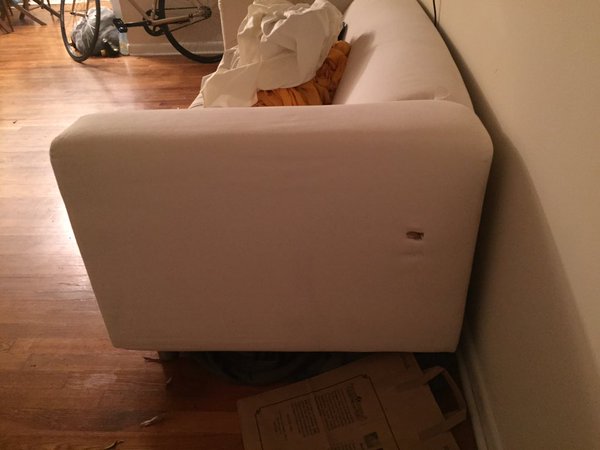