I-85 accident leaves fire engine split in half: ‘It’s the first time I’ve seen a cab knocked off’

DINWIDDIE COUNTY, Va. – The driver of a semi that slammed into a deputy’s cruiser and split a fire truck in half on I-85 early Sunday has been charged with reckless driving.

The semi hit the fire engine around 1:30 a.m. as the engine was helping block off the right lane of I-85 because of an earlier accident.

Debris from the truck, the fire engine, and a deputy's cruiser that was also hit littered the interstate.

"It's the first time I've seen a cab knocked off a fire truck before,” retired firefighter Jack Sullivan said.

For 15 years, Sullivan has tracked what are known as secondary accidents when a driver hits an emergency vehicle already responding to a scene.

"The damage that was done to the truck, my initial reaction there was almost certainly fatalities involved,” Sullivan. "Fortunately the folks in Dinwiddie were doing everything they were supposed to be doing setting up on the scene.” 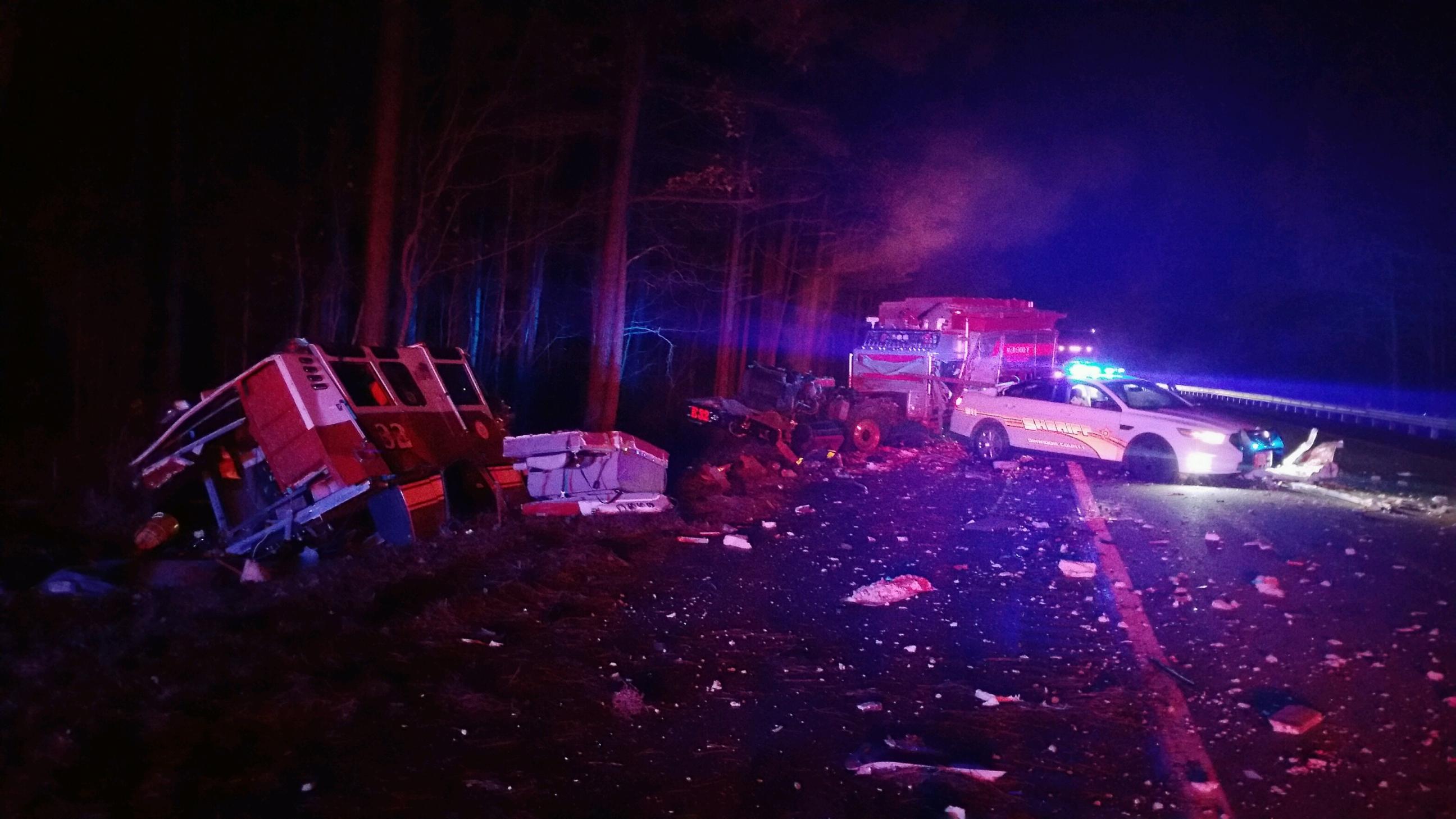 The truck driver, a firefighter and a sheriff's deputy were taken to area hospitals with non-life threatening injuries. Dinwiddie Fire Department posted on Facebook Sunday that the deputy and firefighter had been treated and released.

Lonnie Mixter, the driver of the semi, was charged with reckless driving.

"We refer to them as ‘D’ drivers,” Sullivan explained. “’D’ for distracted, drowsy, drugged, drunk in some cases."

Sullivan said he is aware of at least two other secondary accidents across the country this weekend alone. Additionally, he said emergency crews are constantly training on how to stay safe on emergency scenes, but that is only a part of the safety equation.

“The next piece of the puzzle is to get the motoring public to pay attention to the signals that we're throwing at them at incident scenes. Slow down; move over where they can,” Sullivan said.