Fire crews were called to 4900 block of Charles City Road just after 4 p.m. for a report of a structure fire.

“Crews attacked the fire from the exterior using heavy water streams initially to knock the fire down,” Henrico Fire spokesman Captain Daniel Rosenbaum said.  “There was significant fire damage done to the garage and a vehicle, pole barn, and hay bales nearby.”

The fire was marked under control at 4:35 p.m. and crews were able to stop the from spreading to the home.

“The homeowner was burning leaves and left the area for a moment,” Rosenbaum said. “When he came back the garage was on fire.”

No one was injured and the family was not displaced.

Henrico Division of Fire offered these tips about leaf burning:

• Burning of leaves is only allowed from 8 AM to 8 PM and only in designated areas of the County. The majority of the County is not designated for burning.
• Burning of leaves only can be done without a permit.
• Any other burning including sticks, branches, and stumps require a burn permit to be issued by the Fire Marshal’s Office.
• Never leave a burn pile unattended. It only takes a few moments for the fire to spread unchecked. 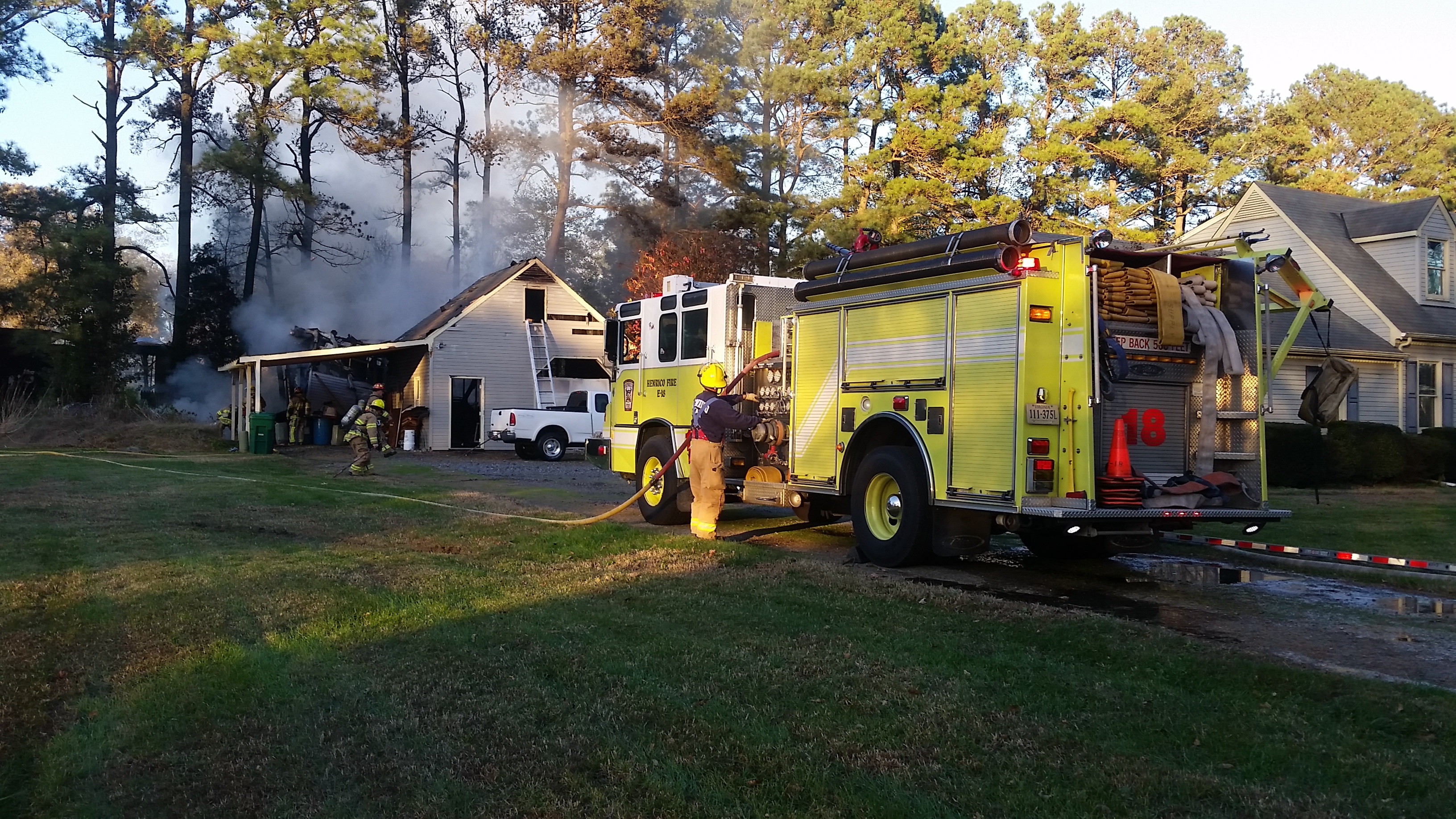