CAPE TOWN — If the lights seen on Saturday night in Los Angeles weren’t enough, another brilliant show was seen in the skies above Cape Town, South Africa the next day.

Residents of Cape Town saw brilliant and beautiful cloud formations in the daytime sky on Sunday.

Just like Los Angelenos, some compared what they saw to UFOs.

“There were just these massive UFO type clouds and they became more defined as time passed,” said Monique Jackson. 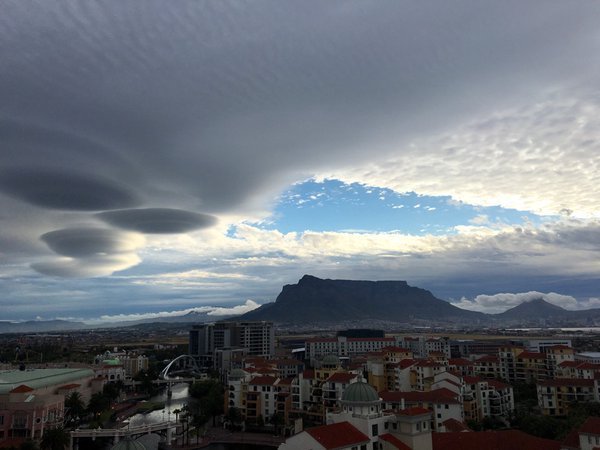 They are in fact lenticular clouds, according to CNN meteorologist Derek Van Dam.

“These are fairly common clouds known as stratocumulus standing lenticularis,” he wrote on Facebook.

“They form when conditions are just right. Air flows along the surface of the earth and reaches some sort of obstruction like a mountain or valley.”

The clouds elicited a variety of reactions on social media, with Di Brown for instance comparing them to “a tornado on pause mode.”