DINWIDDIE COUNTY, Va. -- A homeowner said she has lost everything after an early morning house fire, according to a neighbor.

Sources said firefighters arrived along the 18000 block of Depot Road in McKenney in Dinwiddie County around 3 a.m.

Crews said the home appeared to have collapsed in on itself, according to sources.

Now, just the front part of the house remains and smoke could still be seen billowing out from the home Saturday afternoon.

WTVR CBS 6 reporter Chelsea Rarrick spoke with a woman off camera who said she knows the woman who lives at the home, and talked to her Saturday morning when she found out about the fire.

She said luckily, she wasn't home when the blaze broke out.

That neighbor, who also lives on Depot Road, said she heard a loud boom around 2:30 a.m., but does not know if it was directly related to the fire.

Meanwhile, those driving on Depot Road Saturday said seeing the house completely destroyed has them sending their thoughts and prayers to the woman.

Sources said the cause of the fire is still under investigation. 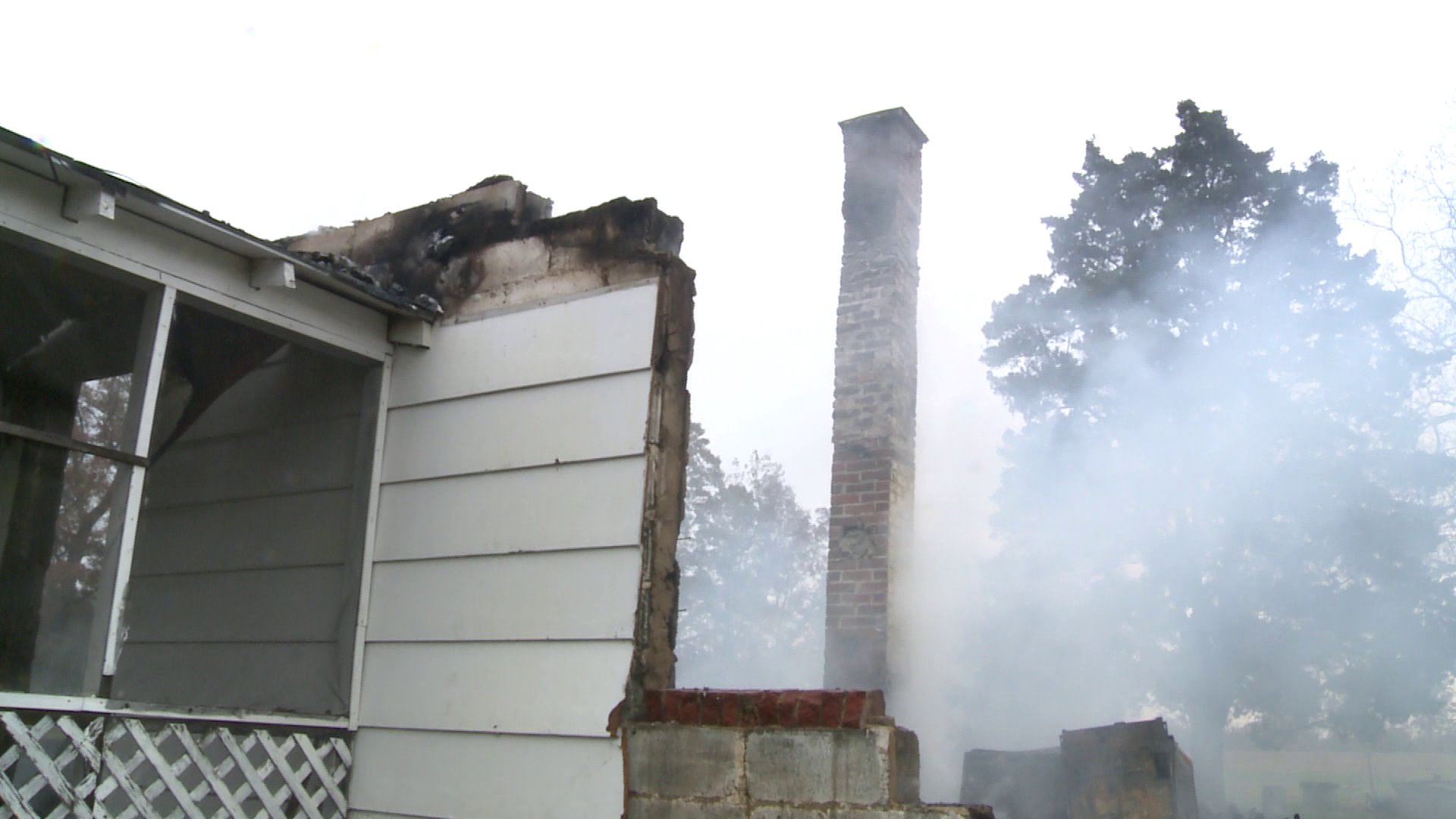