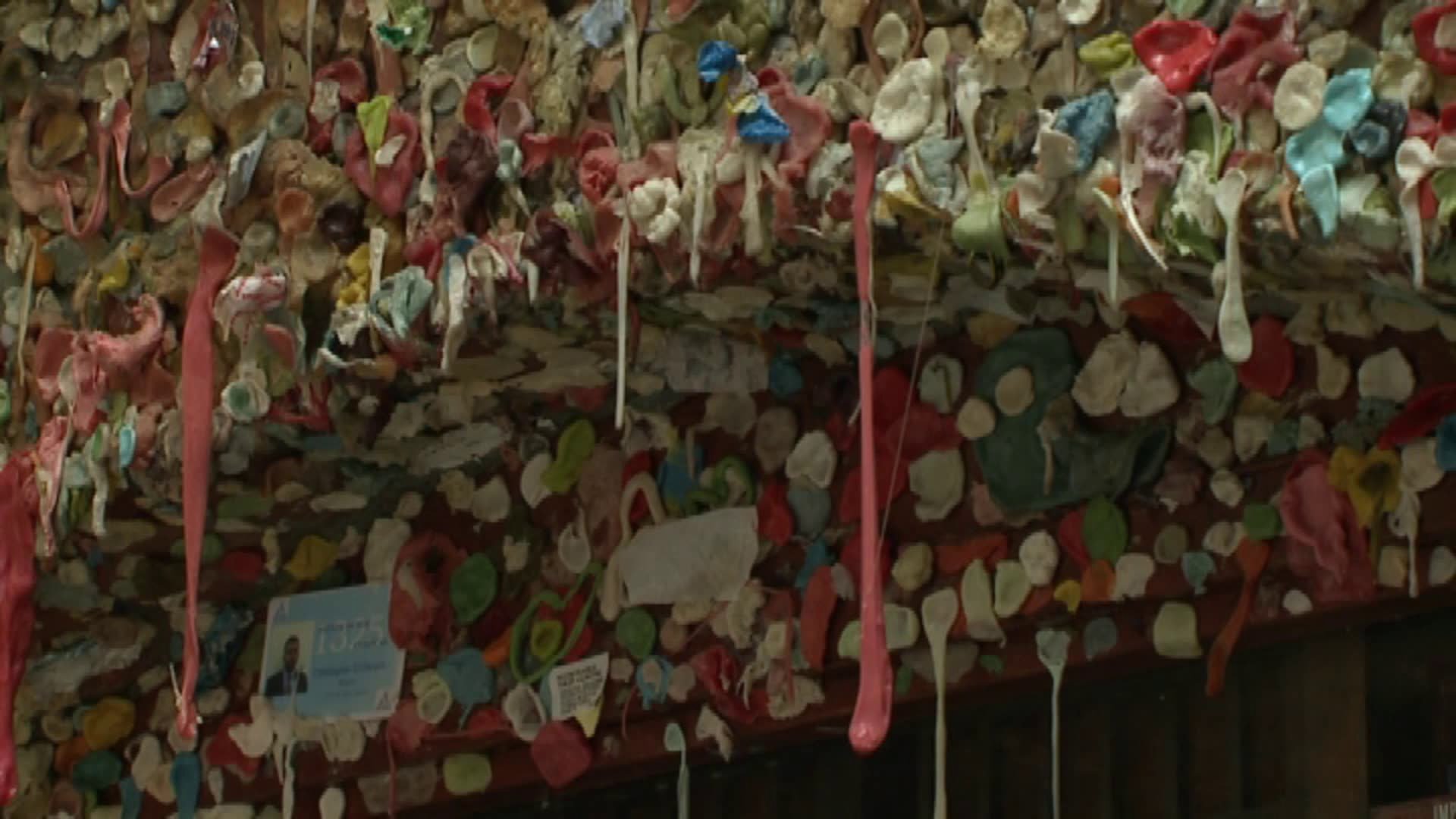 SEATTLE — After 20 years the Pike Place Market in Seattle is getting a face lift as the market’s famous Gum Wall is finally getting cleaned of all its sticky chew. The big scrub is scheduled to begin on November 10 and will take a few days to complete.

“I believe that within 24 hours, there will be gum back on the gum wall and we expect that and we think that’s great,” Pikes Place Market spokeswoman Emily Crawford said. “We really want the gum wall to remain part of Pike Place Market. People do love it, people enjoy it.”

The gum wall has grown about eight feet high with about 150 pieces of gum per brick, totaling over a million gum wads on the wall. The wall has been cleaned and re-created three times.

Although the market cleans the curious tourist attraction every other month with a steamer, this is the first time anyone has tackled the gum’s complete removal from the original wall, the Seattle Times reports.

The job is expected to cost $4,000. Market officials know that avid chewers are still likely to deposit their gum on the wall, but they’re hoping the clean-up helps contain its spread across the market’s historic walls.

The gum wall has earned the dubious distinction of being named the world’s second-germiest attraction, after Ireland’s Blarney Stone. And to mark the big clean, the market is having a gum wall photo contest on its Facebook page.

A must-see for Seattle visitors, Pike Place Market opened more than a century ago on August 17, 1907.

Fishmongers at the market toss the day’s catch with great flourish. The market is also known for the flagship Starbucks location, which opened in 1971.