CHESTERFIELD, Va. – Traffic is snarled off Interstate 95 north, at mile marker 63.8 and Virginia State Police are on scene as the road undergoes repairs.

A CBS 6 viewer called to report what they called a huge sinkhole just north of the 288 interchange.

The northbound right lane has reopened, but the left and center lanes remain closed due to an emergency pothole repair, confirmed VDOT. Traffic is now getting by in the right lane and right shoulder while crews complete repairs.

Officials with VDOT and state police estimate the hole to be three-feet wide, with an unknown depth. 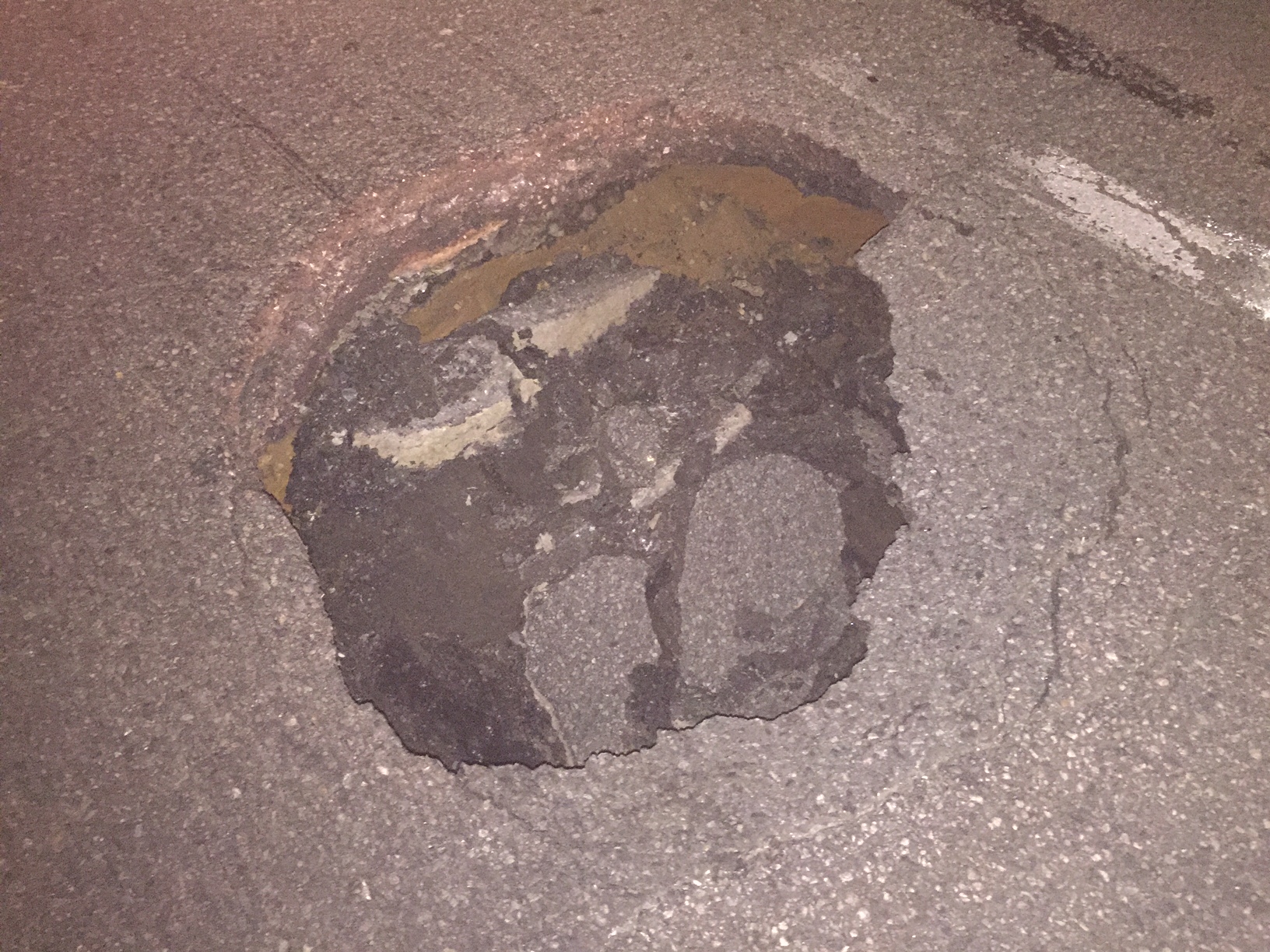 Crews working to fix the pothole have found it was caused by a collapsed storm sewer pipe under the pavement. The pipe separated from its joint, which caused the pavement depression.

Drivers are encouraged to use an alternate route to avoid delays. The backup is now clear. At one point the backup was 9.5 miles.

There is no estimate on when the repairs will be done, but VDOT says they hope to be done by Wednesday morning.