RICHMOND, Va. -- The young mother and middle school cheer coach killed when her car flipped over an Interstate 64 guard rail, off a bridge and down a 60-foot embankment was headed home after celebrating Halloween in Richmond with friends, her mother confirmed.  Shelby L. Pressley, 22 of Williamsburg, was pronounced dead at the scene of the Sunday morning crash. Her boyfriend, 33-year-old Joshua T. Abney, miraculously survived. Abney is the father of Pressley's four-month-old son.

Shelby Leigh Pressley and her children.

Shelby took her infant son and two-year-old daughter trick-or-treating before she and Josh drove to Richmond for the evening, Shelby's mother Lisa Matykowski said.

"They had a great time. They got lots of candy," Matykowski said. "She gave me a big kiss when she left for Richmond. Her last words were 'I love you momma.'" 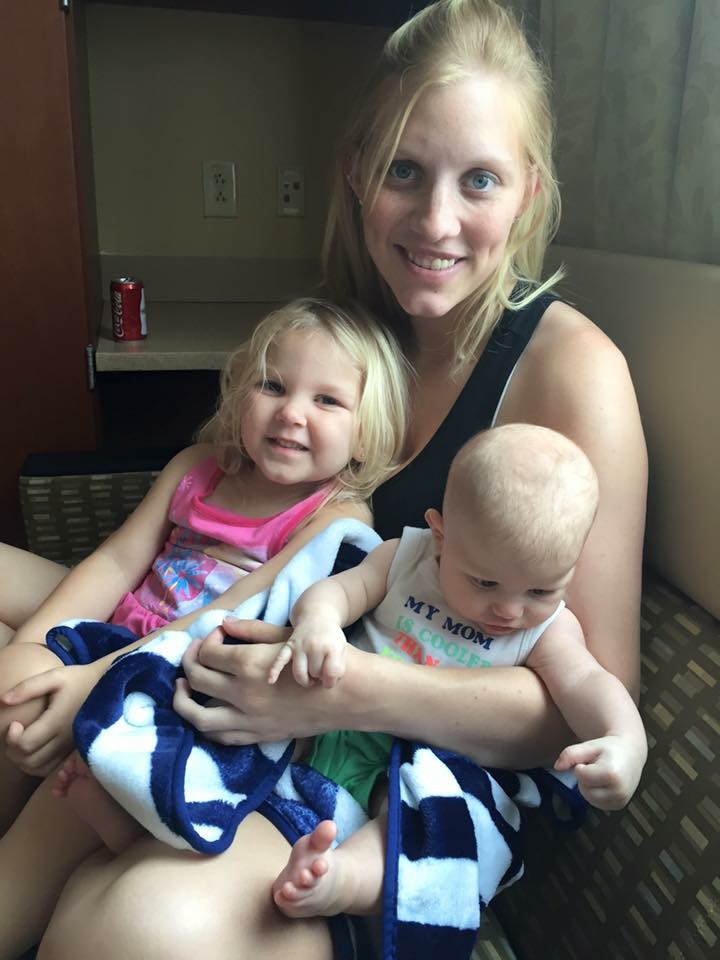 The couple spent part of the night at Off The Hookah, a club in downtown Richmond, according to social media posts. Matykowski said she believed her daughter and Abney went to a friend's home afterwards before they made the trip back to Williamsburg. She said Shelby wanted to be home in the morning to feed her baby. The car crashed at 4:37 a.m., according to police.

"It was getting late and they still weren't home. We messaged them and tried to call and nothing," Matykowski said. Later, State Police arrived and told them what happened.

"They said there was a car accident and my daughter did not make it," Matykowski recalled. She said police told her Shelby swerved and lost control of the 2004 Toyota just prior to the crash.

Abney, who was treated and released from the hospital, was asleep when the car crashed, Matykowski said. She said he did not remember the crash and only came to when he was being loaded into the ambulance. The official cause of the crash remained under investigation, according to Virginia State Police.

A GoFundMe was set-up to help Shelby's family pay funeral costs and provide money for the two children she left behind.

Pressley graduated from Bruton High School in 2011. In addition to being a cheer coach, she also worked at Lumber Liquidators.

Pressley's funeral will be held Thursday, November 5 at 11 a.m. at Nelson Funeral Home, located at 3785 Strawberry Plains Rd, in Williamsburg.