CAROLINE COUNTY, Va. --  More than two dozen students were hurt when a school bus overturned on Rogers Clark Boulevard near Caroline High School in Caroline County Friday afternoon. There were both middle and high school students on the bus at the time of the crash.

Caroline County Sheriff Tony Lippa said between 40 to 45 kids were on Bus #59 at the time of the wreck. He said 28 students were injured in the wreck. Five victims suffered serious injuries and 23 had minor injuries. 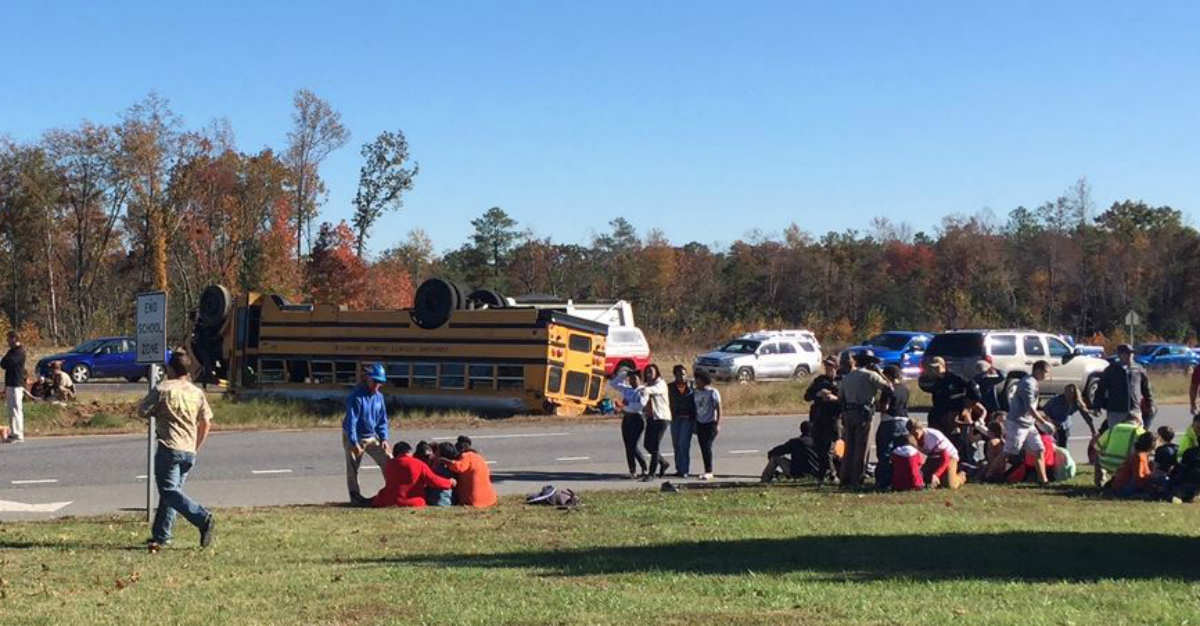 Officials said the accident victims were transported to several area hospitals. The official number of students injured has been fluctuating as some parents opt to take their children to the hospital to be checked out.

Some students have been released from the hospital, but that number is unknown at this time.

Parents told WTVR CBS 6 senior reporter Wayne Covil several students had serious injuries, including a girl whose front teeth were knocked out when the bus flipped over.

Parents, who were being instructed to pick up their children from the bus loop behind the high school, frantically rushed to the scene.

Ernest Harris was relieved to find his sons did not appear to be hurt.

“I’m just blessed that and highly favored that they were ok,” Harris said. “There are some kids up there that are hurt, but we’re just blessed that my kids didn’t get hurt. We’re praying for the families who are up there right now.”

However, Harris said he was taking his boys to the hospital to be checked out as a precaution.

Officials said Bus #59 had just left Caroline County High School prior to the crash. In fact, the 911 call for a rolled over school bus came in just before 3 p.m

Numerous ambulances arrived from miles away and within about an hour all of the injured had been transported to area hospitals.

"With so many injuries, the coordination between police fire and rescue from what I can see here went very smoothly," Lippa said. "With the number of officers on the scene and fire and rescue, I think that calmed a lot of parents down."

Sheriff Lippa said a preliminary investigation found a white van driven by a juvenile caused the wreck. Lippa said that driver was pulling out from the student parking lot, when they struck the school bus, which caused it to roll over.

Route 207 in Caroline was closed following the crash.

Depend on @WayneCovilCBS6 for updates from scene of overturned school bus in Caroline. https://t.co/I6lH1vOfMQ pic.twitter.com/A9liOTkVKF