HANOVER COUNTY, Va. -- Neighbors in one Ashland neighborhood had a bit of a scare when a hot-air balloon, without advanced warning, made a landing near their doorstep Sunday evening.

The video shows the colorful balloon appearing to near the top of homes.

Yahneet Govine submitted video to WTVR CBS 6 of the landing.

“Oh my God. Please don’t crash into those homes,” one woman can be heard saying.

“Y'all can land right there in the grass… in the field,” one man yells.

The video continues as the balloon slowly descends between the homes and eventually lands in the grass.

“He threw the rope so he could pull ‘em away from the house,” another woman says.

The balloon's pilot said that the five people on board were never in any danger.

Martin said unpredictable winds meant he was unable to reach his original landing spot behind the nearby Home Depot.

"I have total control up and down," he said. "What I don't have is which way the wind is blowing."

Hot-air balloons have been in the spotlight in Central Virginia since a flight in 2014 when three people died after striking power lines in Doswell, but Martin maintains he was always in control of the balloon.

"The balloon is nine stories tall and most people look at it and say, 'It's huge.' But what I'm looking at is a basket that's four feet by five feet."

For those who witnessed the balloon land, like Jarred Henderson and his niece, it was an eventful end to the day.

"We saw it land at my house," Henderson said. "It was interesting just to see them floating over the top of us."

Henderson said he was grateful no one was hurt. 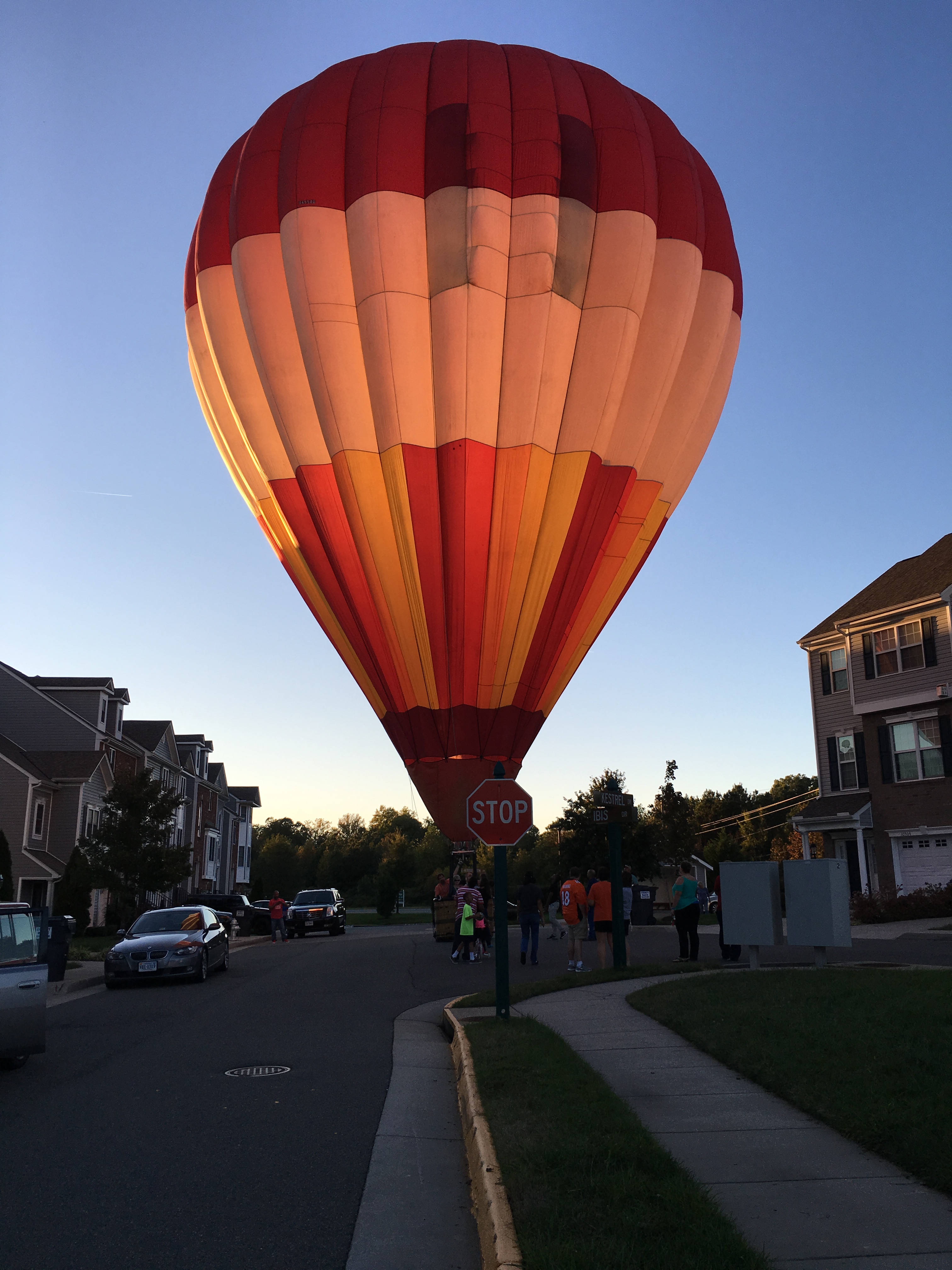