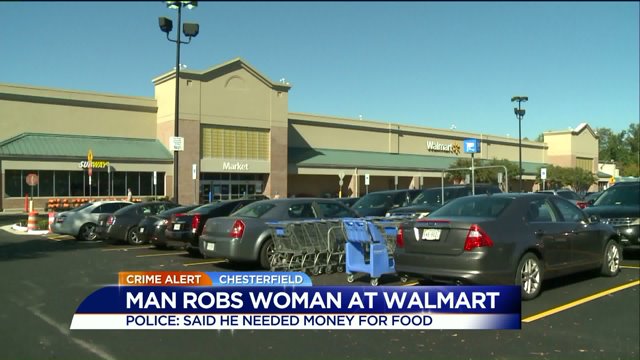 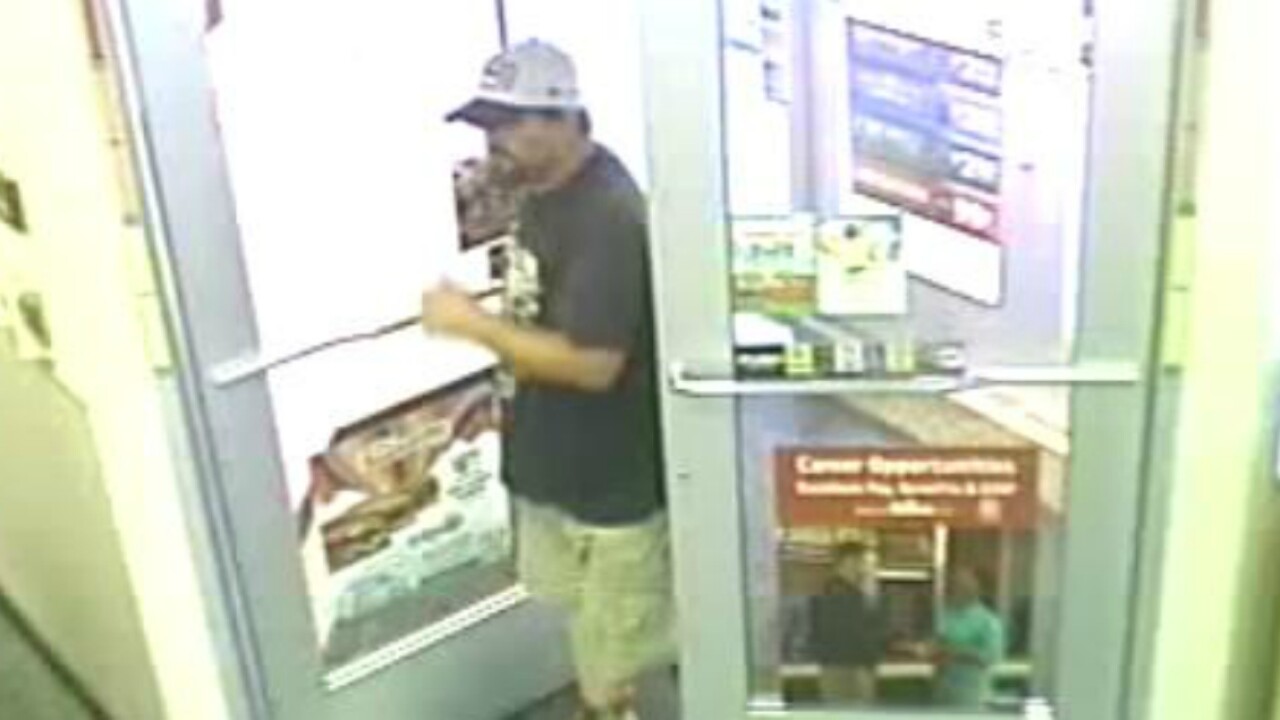 CHESTERFIELD COUNTY, Va. -- A man who claimed he was hungry and did not have money for food is wanted for robbing a woman outside Walmart in Midlothian. The man, police said, approached a woman in the Walmart parking lot in Chattanooga Plaza on June 26 and told her he needed money to eat.

"Out of kindness, the woman reached into her wallet to retrieve some cash. The man then grabbed the victim's hands and forcibly took money from her before fleeing the area," a spokesman for Chesterfield Crime Solvers said.

The man was described as a white male, in his 30s, with dark hair and a mustache.

He was seen driving off in an older gold sedan.

Anyone with information about this man was asked to call Crime Solvers at 804-748-0660.