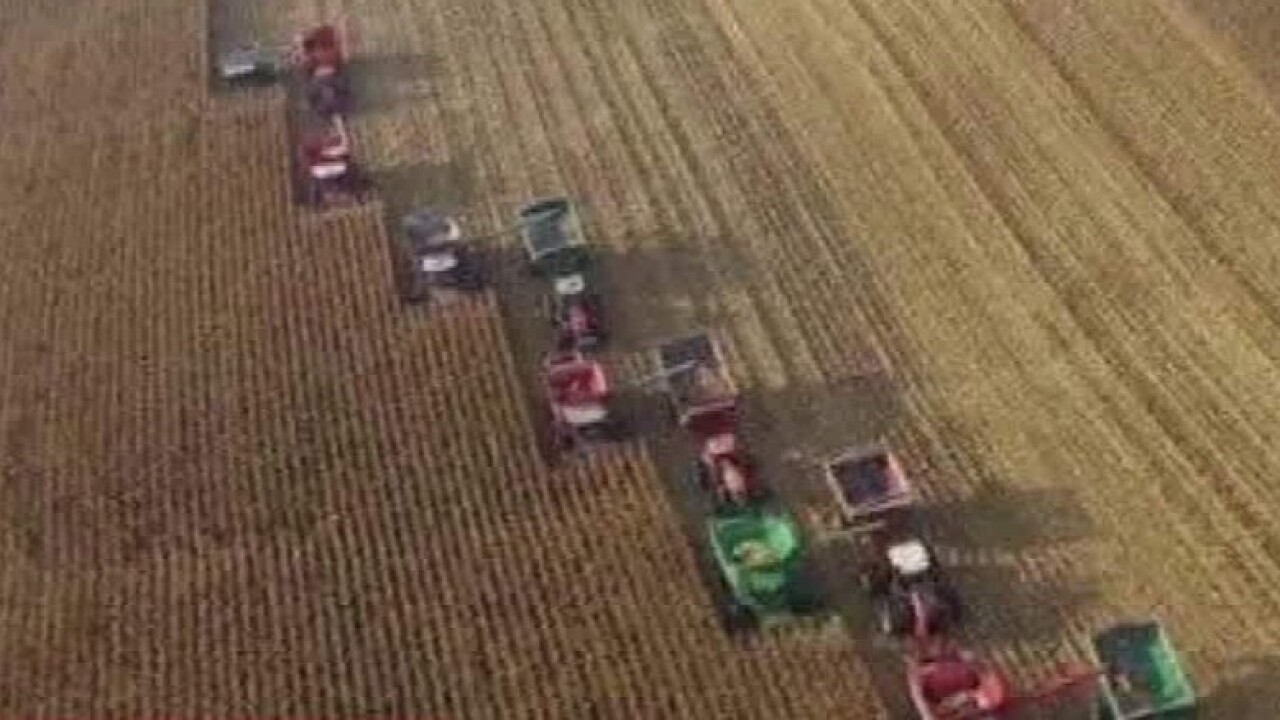 In July, Carl Bates was diagnosed with terminal cancer. Doctors gave him just months to live.

Bates, a grain farmer in the town of Galva, Illinois, became physically unable to endure the rigorous hours in the field.

“It has progressed pretty fast as of late,” said his son, Jason Bates. “With all that acreage to pick, my dad was concerned about getting it done.”

So they tapped the shoulders of their neighbors — asking them to help out a bit here and there when Carl couldn’t.

The response was overwhelming. On September 25, people came from every pocket of Galva, hoping to help.

“Everybody kind of came running,” Jason Bates said, when he mentioned to residents in his small hometown that a family member was in need.

The day of the harvest, around 40 people showed up, including ladies with lunch. So did 16 trucks and 10 combines — covering over 450 acres in a single day, according to CNN affiliate WXIN.

A neighbor with a plane used for crop scouting went up with a camera and shot the aerial photo that’s taking social media by storm. Drone video was even shot.

It's what some people are calling "The Most Amazing Harvest" — find out why! @kwqcnews http://t.co/tffP0eO668 pic.twitter.com/BXjCBbnk7j

‘Near and dear to our hearts’

Looking at it one way, Galva is a small farm town. It’s got a population of around 2,500 and just one school.

But looking at it another way, it’s more like a big family.

Mike Rumbold, of Rumbold & Kuhn — a third-generation agriculture management company based in the area — said that Carl Bates, a longtime customer, was a special guy.

“He’s just a caring individual, very near and dear to our hearts,” Rumbold said.

When the company caught wind of Carl’s illness and his limitations, it wanted to do everything it could, donating 12 of the 16 trucks and its grain elevator.

“He isn’t the type to want to ask for anything — but he’d be the first guy to come running,” said Jason Bates.

‘It means a lot to our family’

The harvest took 12 hours, and by the end of it, Carl Bates was “touched and humbled,” his son said.

Around 100,000 bushels of corn were harvested that day — and the bonds of a “typical Midwest farm town,” as Jason Bates calls it, proved bountiful.

“It means a lot to our family that people care so much,” Jason Bates said.

Carl is currently in hospice care.

His son is appreciative for the outpouring of goodwill.

“It’s really a testament to the people in this area,” Jason Bates said. “They would have done the same thing for others.”