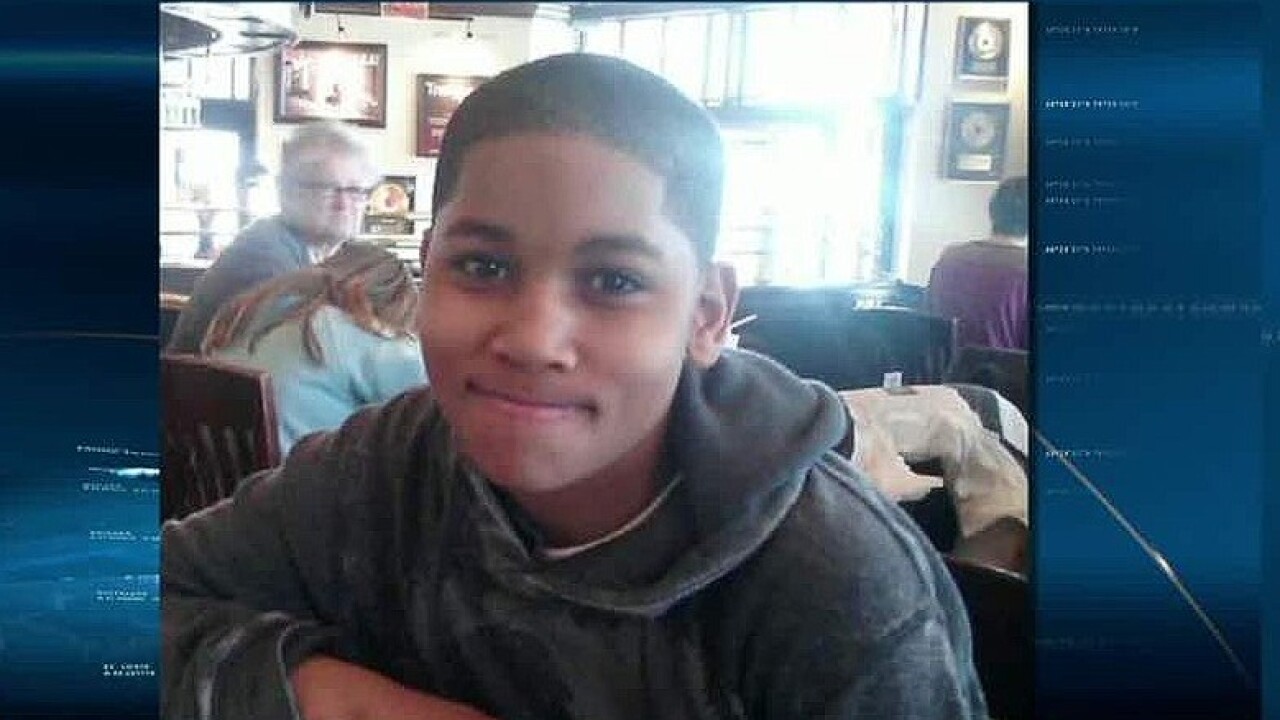 The police shooting death of a 12-year-old Cleveland boy with a pellet gun was reasonable, two experts say in reports prepared for the Cuyahoga County Prosecutor.

Tamir Rice was killed by an officer in training outside a Cleveland recreation center in November 2014. The shooting sparked controversy given Tamir's age and the fact that he had a gun that resembled a handgun but fired pellets.

It also came as the nation reeled from police-involved shootings of unarmed African-American men. Tamir was black.

The two reports, as well as a third one by the Highway Patrol, were posted on the prosecutor's website Saturday night. [ READ the first report here | READ the second report here ]

"These cases are, by their very nature, different than other matters that come to our office," McGinty said in a written statement. "They demand a higher level of public scrutiny as well as a careful evaluation of the officer's conduct and whether, under law, those actions were reasonable under the circumstances."

S. Lamar Sims, the senior chief deputy District Attorney in Denver, wrote one of the reports and concludes Loehmann's decision to shoot Rice as he approached the officers was "objectively reasonable"

"There can be no doubt that Rice's death was tragic and, indeed, when one considers his age, heartbreaking," Sims writes in his report. "However, for all of the reasons discussed herein, I conclude that Officer Loehmann's belief that Rice posed a threat of serious physical harm or death was objectively reasonable as was his response to that perceived threat."

Neither Loehmann nor Garmback spoke with the reports' authors.

An attorney for the Rice family said the experts were part of a whitewashing of the case. Subodh Chandra said the family wants the officers held accountable, but doesn't think McGinty's office is pursuing it.

"Any presentation to a grand jury -- without the prosecutor advocating for Tamir -- is a charade," Chandra said. "To get so-called experts to assist in the whitewash -- when the world has the video of what happened -- is all the more alarming."

Chandra criticized the experts as "pro-police" and said it was obvious from the video that the officers never assessed the situation.

"Reasonable jurors could find that conduct unreasonable," he said, adding that the family believes the prosecutor "is working diligently to ensure that there is no indictment."

Tamir had been playing near the swings of a recreation center near his home when he was shot on November 22. He died a day later.

A witness called 911, reporting there was "a guy with a pistol," adding that the weapon was "probably" fake.

Information that the gun the caller saw was probably not real and that the person holding it appeared to be a juvenile was not conveyed to Loehmann and Garmback, according to recordings that law enforcement released.

Video of the incident shows a patrol car pull up on the snowy grass near a gazebo where Tamir is standing. Within two seconds of exiting the police car, Loehmann shoots the boy.

The gun was in the waistband of Tamir's pants. Sims writes that in the video it appears the boy's hands moved toward his waistband but it is unclear if he reached for the gun.

Kimberly Crawford, a 20-year veteran of the FBI and a former instructor at the agency's academy, writes that when the officers approached Tamir they were responding to a report of a male suspect with a gun he kept pulling from his pants.

"The after-acquired information -- that the individual was 12 years old, and the weapon in question was an 'airsoft gun'-- is not relevant to a constitutional review of Officer Loehmann's actions," she writes in one of the other reports posted Saturday.

She says Loehmann was required to make a threat assessment and a split-second decision on whether to shoot.

"His response was a reasonable one," she writes.

McGinty said his office wasn't using the reports to reach a conclusion and the grand jury will get to consider all the evidence once the investigation into shooting is done.

In June, McGinty released the Cuyahoga County Sheriff's Office report. Also that month -- in a non-binding review of the case -- a Cleveland judge found probable cause for the charges of murder, involuntary manslaughter, reckless homicide, negligent homicide and dereliction of duty against Loehmann.