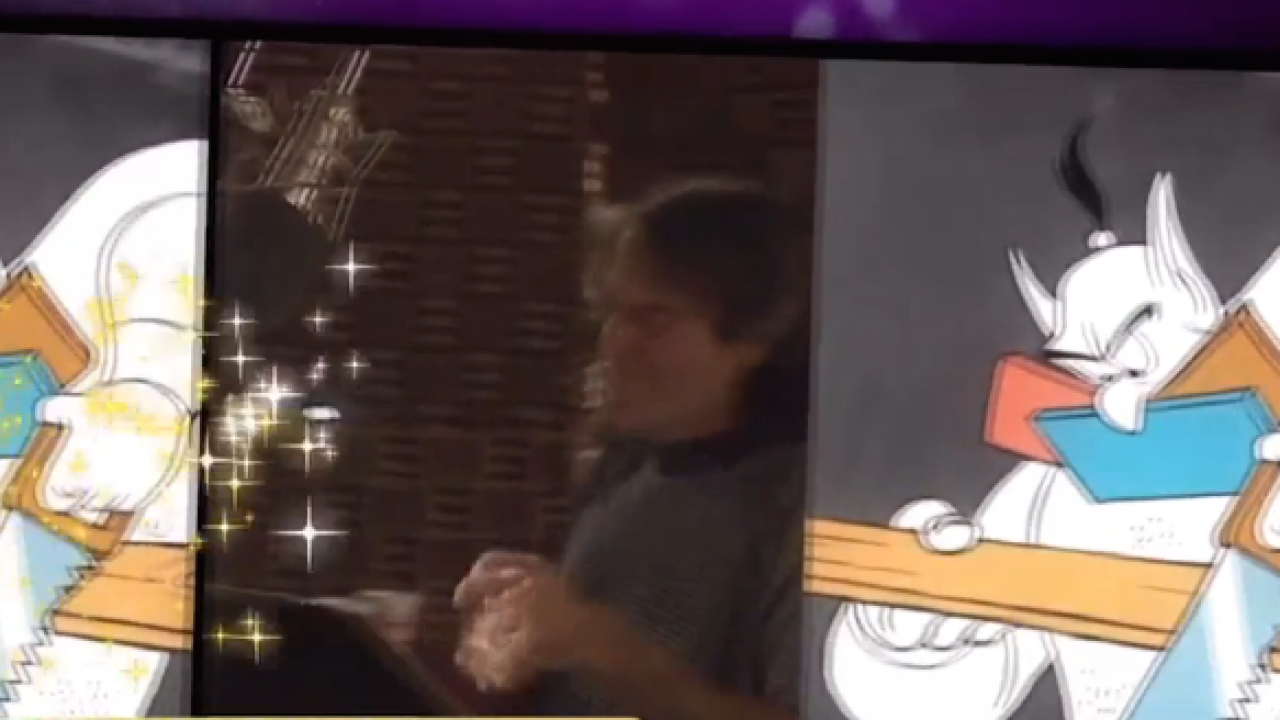 Disney’s animated hit “Aladdin” is back in the spotlight nearly 23 years after its theatrical release, offering fans a whole new world of unseen footage of the late Robin Williams as genie.

Other cast members reunited on “Good Morning America” on Friday to reminisce over the tale of a street-rat-turned-prince. The animated film was a crossover hit that solidified Williams as an enduring comedic legend. In addition to voicing the role, Williams also sang the Oscar- and Golden Globe-nominated original song “Friend Like Me.”

The role was written for Williams before he officially signed on to the project, directors Ron Clements and John Musker said.

“There was nobody else who could be the genie and fortunately he agreed to do it,” Clements said. “He had so much energy and so much passion.”

The ABC broadcast featured excerpts of never-before-seen footage of Williams, who died in 2014, in the studio voicing lines, and characters that did not make the final cut. The outtakes will be available on digital versions of the film which are being released in October.

Another bonus from Friday’s interview: Brad Kane and Lea Salonga, the singing voices of Aladdin and Jasmine, performed a live version of “A Whole New World.”