He was stolen, then let loose on the streets. Shelby Brown reports for WTVR.com.

RICHMOND, Va. -- Four days after he disappeared from a backyard kennel in Hanover, a 175-pound South African Mastiff named Adoons was found roaming the streets of Richmond. Animal Control Officer C.J. Mueller spotted the big dog and was able to return him to his worried owner.

Terry Allen said she had been an emotional wreck ever since Adoons disappeared Monday. She said she'd only had the big dog nine months before someone stole him.

Allen said Adoons jumped on her and licked her when they were reunited Friday at Richmond Animal Control.

A tip led Officer Mueller to the Southside neighborhood where the dog was found. Allen said she appreciated all the tips that came in that eventually  brought her dog back home. 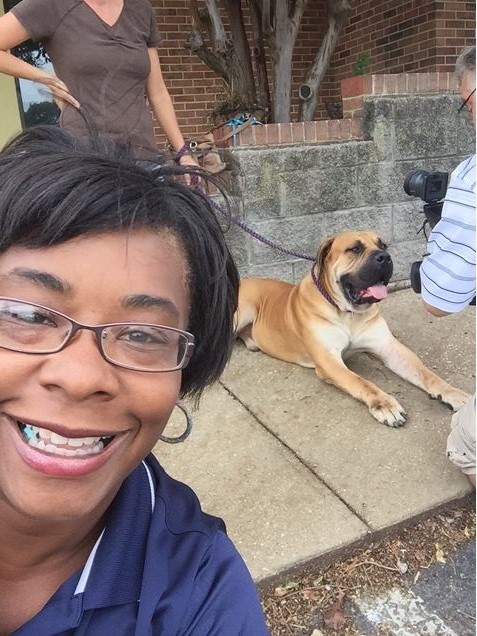 She said the help she received via social media was a huge help in this case. A post on the WTVR Facebook page was shared more than 3,000 times.

Allen's sister said Adoons recently won an award at a dog show and that may have been why he was targeted.

The Hanover Sheriff's Office put out an alert on Adoons Thursday after his owner said someone stole him from outside her home Monday.