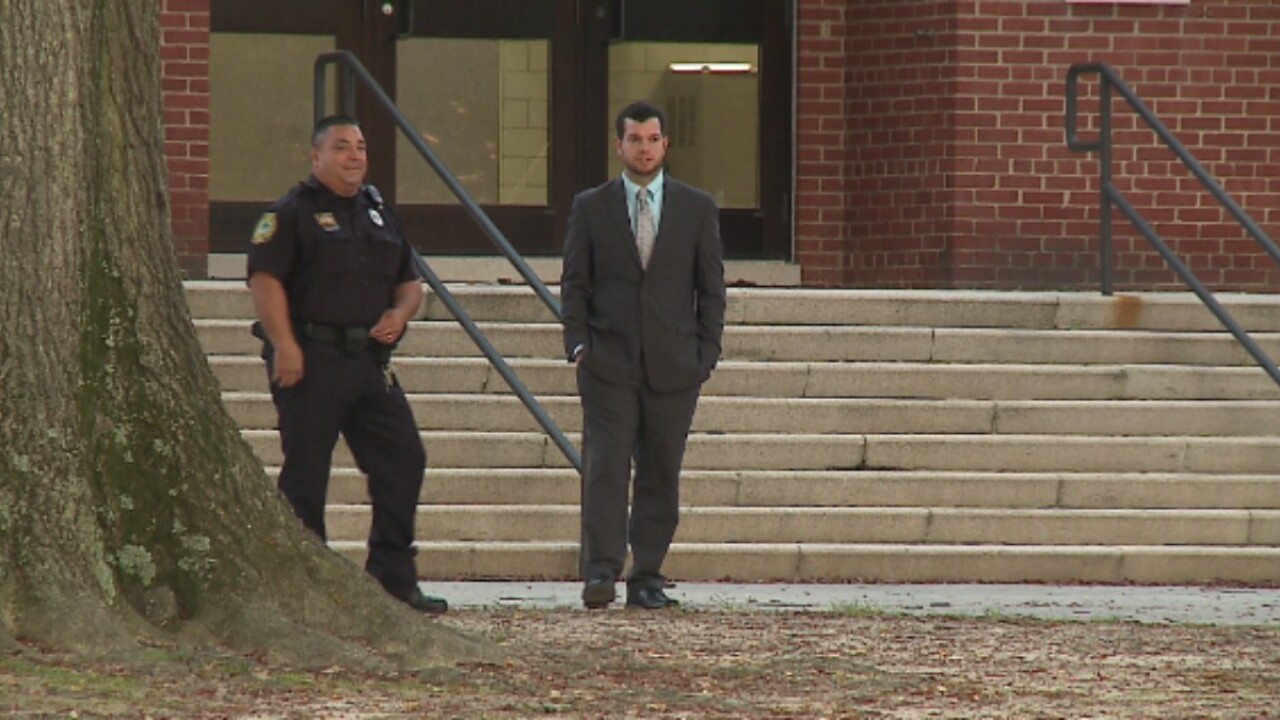 COLONIAL HEIGHTS, Va. — An eighth-grader was arrested and charged with a felony Friday morning, for the communication of a threat on school property.

The threatening vandalism was found in a bathroom Thursday afternoon at Colonial Heights Middle School. The student drew a gun with a date next to it, police said.

The 13-year-old male will face a Class 6 felony charge, which according to state code, is applied in crimes  where a threat to kill or do bodily harm on the grounds of school property is communicated in writing, including electronic transmission.

Extra security was staged at the middle school Friday morning.

Multiple schools in the Richmond-metro area have also increased police security this week, but so far only one student has been charged with a crime. In most all cases, police did not believe the threats were credible, however, to ensure the security of the school, extra personnel were dispatched to the properties.

Security was increased at Goochland High School after threats of violence were made on Thursday. School leaders addressed the threats and rumors with parents and students via Facebook that same night.

The statement read in part:

“We are aware of these threats and have been working diligently with law enforcement to determine an appropriate response. Additionally, as we have been made aware of students that are involved in this incident we have asked our law enforcement partners to contact or visit families of the rumored student(s) this evening if they have not already been in touch with the families.”

“Whereas our investigation has not led us to believe there are any credible threats, we are handling each students’ situation per our student code of conduct and our law enforcement partners are also considering consequences.”

Watch CBS 6 reporter Jake Burns at noon, as he breaks down where all the threats have occurred, and how people are reacting. Then, starting at 5 p.m., Chelsea Rarrick talks to school officials and assesses the cost of extra security.