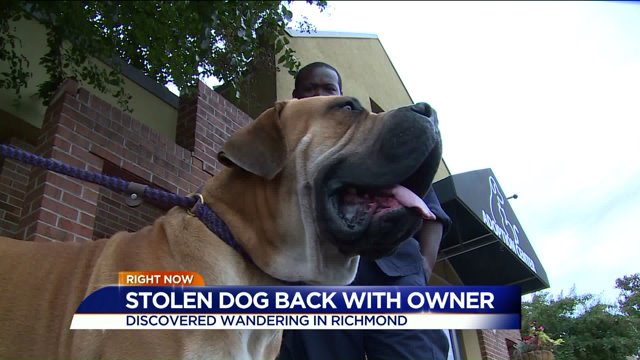 He was stolen, then let loose on the streets. Shelby Brown reports for WTVR.com. 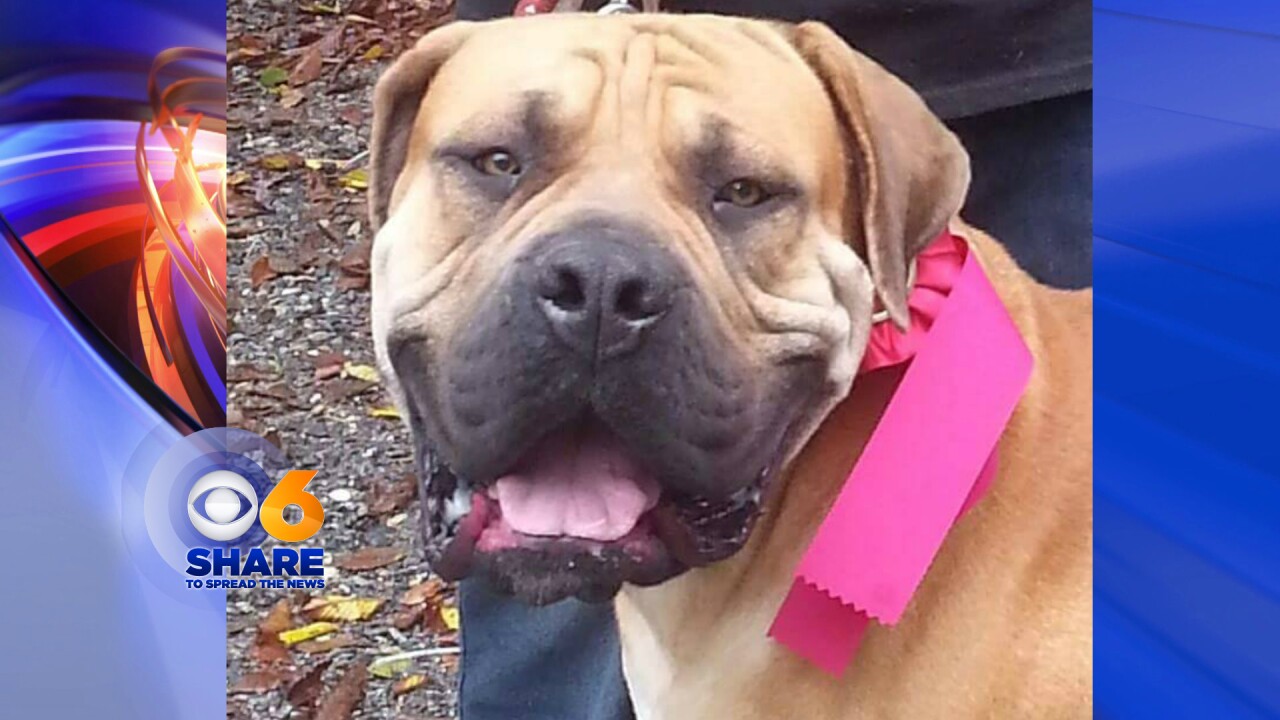 HANOVER COUNTY, Va. -- On Friday,  more than 24 hours after the dog was reported stolen, Richmond Animal Care and Control officers posted on social media that the dog was found safe.

The big dog was missing in Hanover and its owner believed someone stole the rare breed right out of her backyard.  Adoons, a light brown South African Mastiff, was taken from a kennel behind a home on Teman Road in Beaverdam this week, according to Hanover Sheriff's investigators.

Adoons is more than two-feet tall and weighs 175 pounds, investigators said. The dog's owner said Adoons has been micro-chipped and fears the thief took the dog out of Virginia.

RACC did not release any details about how the mastiff was recovered. They only said that he was found safe and returned home.

SHARE this post on Facebook to help spread the word.
37.899087 -77.628199
Copyright 2020 Scripps Media, Inc. All rights reserved. This material may not be published, broadcast, rewritten, or redistributed.