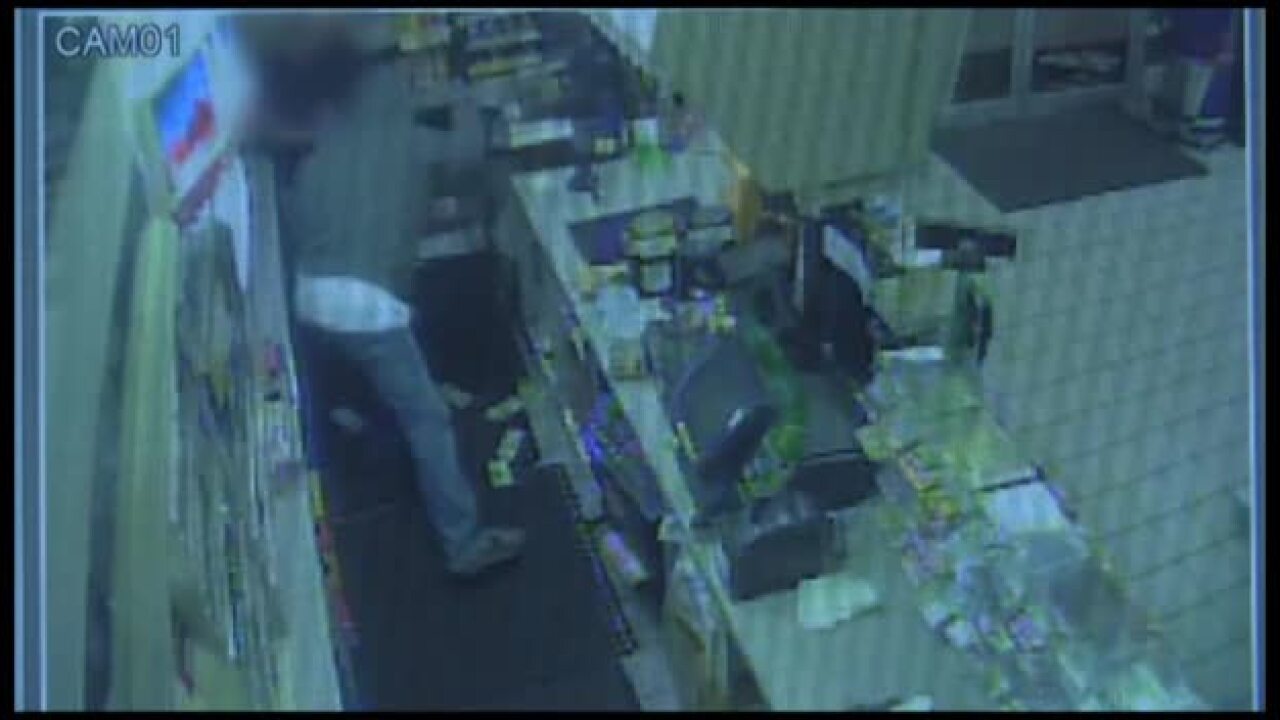 HENRICO COUNTY, Va. -- A man with a unique voice is wanted for two recent robberies in Henrico. Police released video of one of the robberies and included the audio, so people could hear the voice in an effort to identify the robber.

The video was recorded September 21 at a business along the 1600 block of Mountain Road, near New York Avenue.

"The suspect entered the business, approached an employee, displayed a knife, and demanded money.  The victim complied and the suspect fled the business.  No injuries were reported," Henrico Police spokesman Lt. Chris Eley said.

The next night a man who fit the same description robbed a store along the 9800 block of Brook Road, near Virginia Center Parkway.

"The suspect entered the business and approached two employees with a knife while demanding demanded money.  The victims fled the store and contacted police.  There were no injuries reported in this incident as well," Eley said.

The suspect in the first robbery was described  as a white male, approximately 5’8” to 5’10”, between 160 to 175 pounds, and clean shaven.  He was wearing a gray hooded jacket, with t-shirt, blue jeans, and light gray gloves.  He left the scene in a black or dark blue four door sedan with chrome trim around the windows.

The victims in the second robbery described the suspect as a white male, approximately 5’9” to 5’11”, between 175 to 200 pounds, with short brown hair.   He was wearing a dark shirt, a black scarf covering his face, and black sunglasses.  The suspect left the scene in a black four door sedan.

"In both incidents, the victims believed the suspect had a unique voice," Eley said.