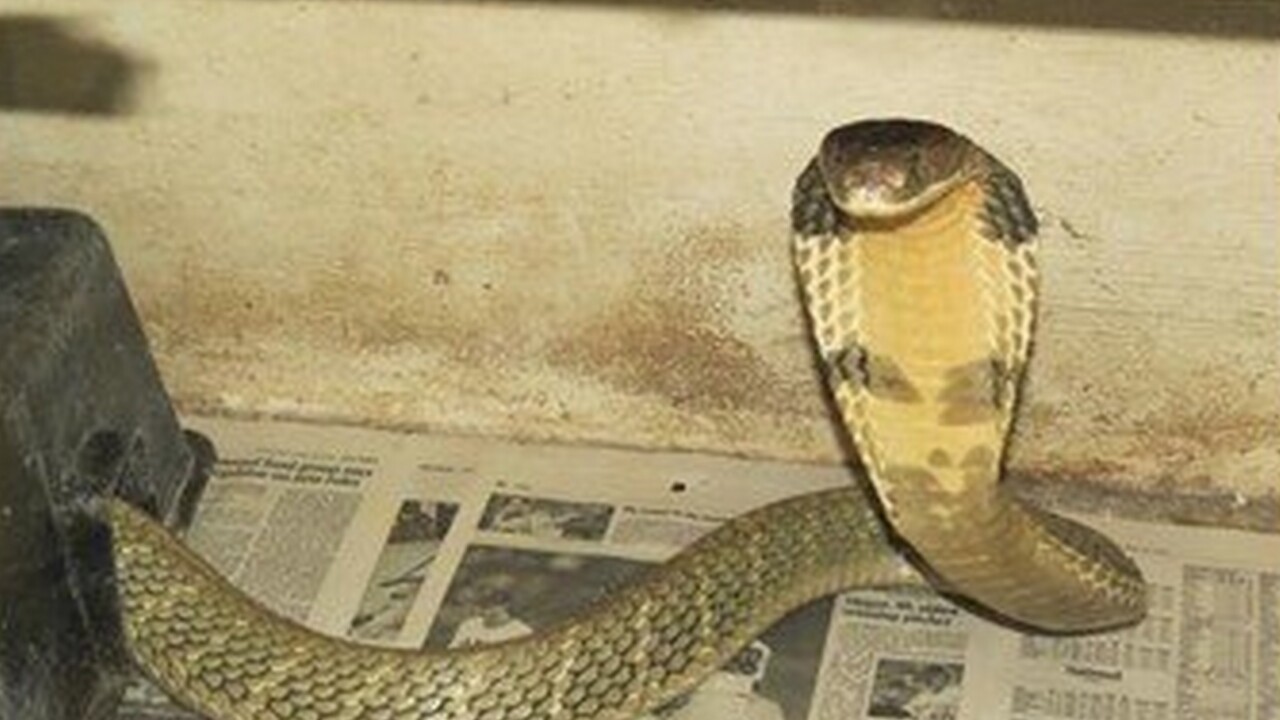 ORLANDO, Fla. — A Florida woman heard hissing under her dryer and knew it wasn’t the missing socks. Animal Control arrived and found an 8-foot-long king cobra snuggled under her dryer.

The deadly snake has been missing since early September when it escaped from its cage on reality star Mike Kennedy’s property on North Apopka Vineland Road.

Kennedy is best known for his show “Airplane Repo.”

After a series of storms, a limb fell on the house, where the snake’s cage is. The ensuing flooding allowed the snake to escape its cage.

Officials with the Florida Fish and Wildlife Conservation Commission set traps with dead snakes as bait.

Animal control officers said the snake was not ready to leave its new home.

“It did put up a fight… I know I wasn’t there for the entire issue. I did notice when I was there it was acting aggressive and of course was hissing and um we were able to catch it with the snake tongs,” said Billy Ledford, Orange County Animal Services.

Kennedy is charged with waiting more than two days before reporting the snake’s escape. He has pleaded not guilty.