HOLMBERG: Eddie Munster showed us its ok to be different 50 years ago 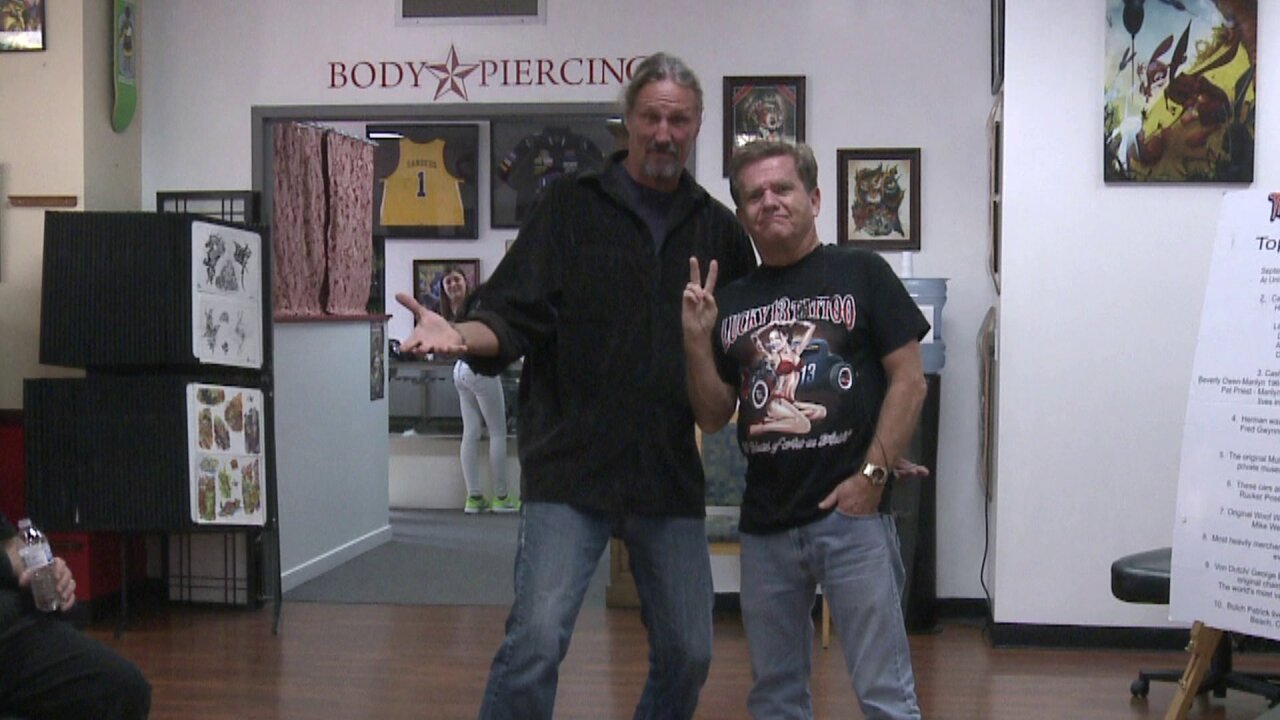 RICHMOND, Va. -- So Butch Patrick is 62 years old now, a cancer survivor and a gracious former child actor who now talks about being clean and sober.

We got to hang out with him Wednesday at Lucky 13 in mid-town as he helped that popular tattoo and piercing shop promote its upcoming Richmond VoodooFestival at The Broadberry on October 29.

This is a good time to be Eddie Munster. The show is hot as an air-TV re-run and it's in the middle of its 50th anniversary.

Plus, a new generation has discovered the show.

If you think about it, "The Munsters" comedy show came in the wake of all-American family shows like "Leave It To Beaver," with nice families and homes and clothes. Normalcy was coats and ties and after-work slippers, pipes, and stay-at-home moms in dresses.

"Lily was the original goth mom," Butch said between signing $20 autographs (with photo).

They were ghoulish and exotic, in dark clothes. Everyone - mom, dad, grandpa and even little Eddie - wore eyeliner and other heavy makeup. Their dark, creepy house was the opposite of the Beavers.

They thought they were attractive and cringed at the traditional standards of beauty.

And yet they were normal, affectionate and happy, with the usual family issues. It was like, we're all the same inside.

Looking at the show through our eyes today, we see how the message has played out in our culture. Not just the runaway popularity of werewolf and vampire themes in entertainment, but our embracing that which is different. Tattoos, for example.

There were all kinds of folks who came to see the former child actor who had very successful career until he hit 21. He's done a wide variety of things since - including gambling - but he’s enjoying his 50th anniversary stops all around the country.

He said not everyone could do it. "You have to be a people person."

He's touring with precise replicas of the creepy cool hot rods used in the show - a first for a TV series - that were made by Rucker Posey of South Richmond.

Check out the video to see them and find out what Butch has been up to since the show originally aired.