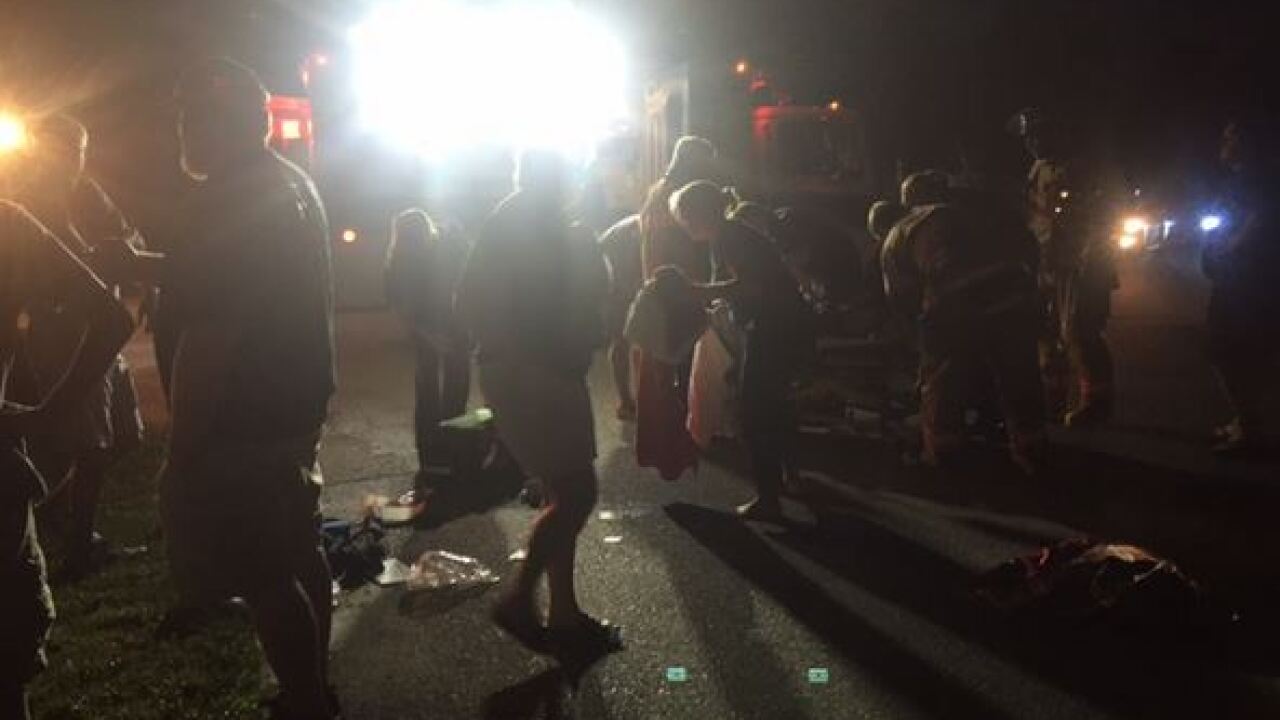 HANOVER COUNTY, Va. -- A 16-year-old Henrico girl was arrested and charged with a Mechanicsville hit and run. The teen driver struck a woman walking in the Brooks Hollow subdivision and drove off, according to Hanover Sheriff's Office spokesman Major Mike Trice. The young driver's name was not released due to her age.

"We would like to thank the members of the media and community who shared information about this investigation," Trice said. "Your efforts lead to the tip that ultimately resulted in this arrest."

The woman, who was seriously injured, was walking along the 8300 block of Wetherden Drive at about 7:35 p.m. on Saturday, September 12, when a truck hit her.

"Witnesses reported that a dark colored compact model pickup truck, similar to a Ford Ranger, struck a female pedestrian on Wetherden Drive and fled the scene at a high rate of speed toward Brooks Hollow Parkway," Trice said after the incident. "The suspect vehicle was occupied by an unknown driver and a white female passenger."

A woman who lives near the accident scene said speeding was a constant problem on her street.