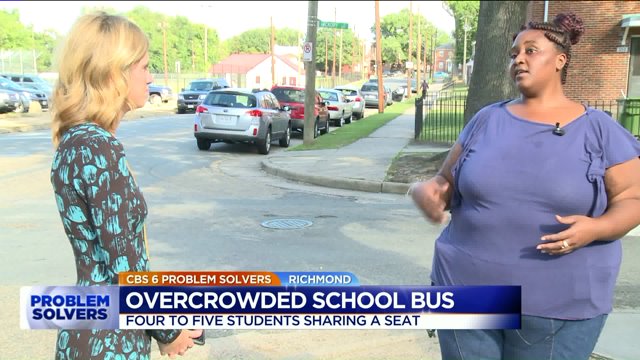 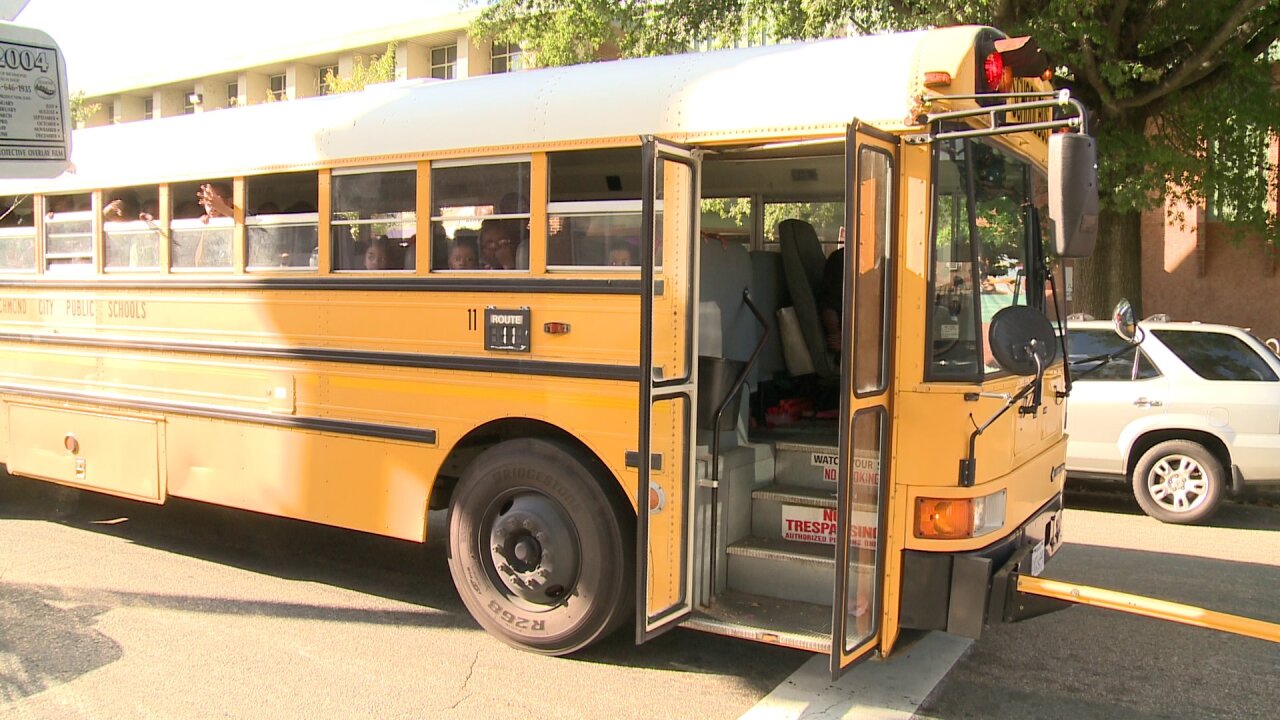 RICHMOND, Va. -- Some Richmond parents said because of crowded school buses they're worried every time their children go to school.

Destiny Mickens said her children have been dealing with an overcrowded school bus daily.

"These kids are on the bus from Kindergarten to fifth grade riding four or five kids to a seat everyday," she said.

Her son and daughter go to Carver Elementary School in Richmond and ride Bus #11.

Destiny said she has serious safety concerns with how packed her kids' school bus is. She reached out to the transportation department, but after having no luck, she contacted the CBS 6 Problem Solvers about the issue.

"It's just chaos," said Mickens. "A whole lot of people and not enough supervision."

On Wednesday, CBS 6 reporter Chelsea Rarrick waited for the school bus with Mickens and other parents. We did see what appeared to be four children sitting in one seat on the bus.

"It makes you wonder, how are you safe?" asked another parent.

Spokeswoman, Cletisha Lovelace said the maximum bus capacity for elementary school students is 77. She said based on the information the school recieved, there are around 80-90 students assigned to Bus # 11.

Lovelace said that is not a violation of the law, but could be a potential safety issue.

She also provided this statement:

"As always, student safety is our top priority. The district has put an immediate plan in place to resolve this issue and will continue to monitor the bus route to ensure students are transported safely and efficiently. We thank our students and parents for their patience as we work to address this issue."

"The really need another bus, that's the only thing that's going to solve this situation is another bus," said Mickens.