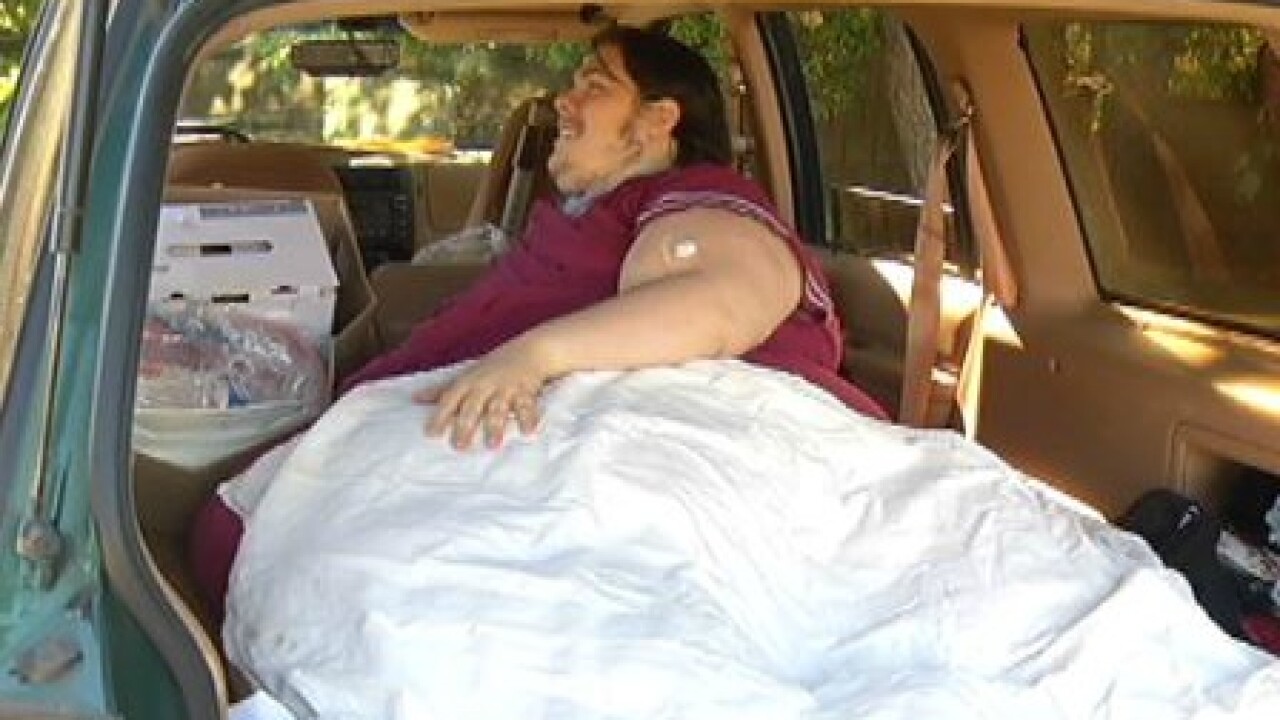 Steven Assanti says his eating addiction lead him to the trunk of his father’s SUV with no place to go. (Credit: WJAR)

CRANSTON, R.I. — A Rhode Island man who weighs just under 800 pounds says he was kicked out of the hospital for ordering a pizza.

Steven Assanti, 33, stayed at Rhode Island hospital to get his weight under control.

“It’s an addiction and I realize that, and it’s a disease,” Assanti told WJAR.

Assanti said he’s been getting the help he needed at the hospital for the past 80 days. He said he’s lost 20 pounds. But after violating his care plan by ordering pizza, Assanti said the hospital told him he could no longer stay.

Steven Assanti says his eating addiction lead him to the trunk of his father’s SUV with no place to go. (Credit: WJAR)

“I was supposed to stay there and lose all my weight and get down to 550, to get the gastric bypass. That was their plan,” Assanti said.

A spokesperson for Rhode Island Hospital told WJAR they can’t speak about Steven or any patient’s treatment.

Assanti said he now lives in the trunk of his father’s SUV.

Assanti’s father Steven Veillette said taking his son home will be death sentence. “If he comes home and I do get him up the stairs somehow, some way, he’s gonna go right back to his eating habits,” said Veillette.

So the two men said they will continue to drive until they find a place that can help.

“I just don’t know where to turn to,” said Assanti. “I called everybody, everybody you can think of in the state of Rhode Island and nobody seems to be… can help me.”