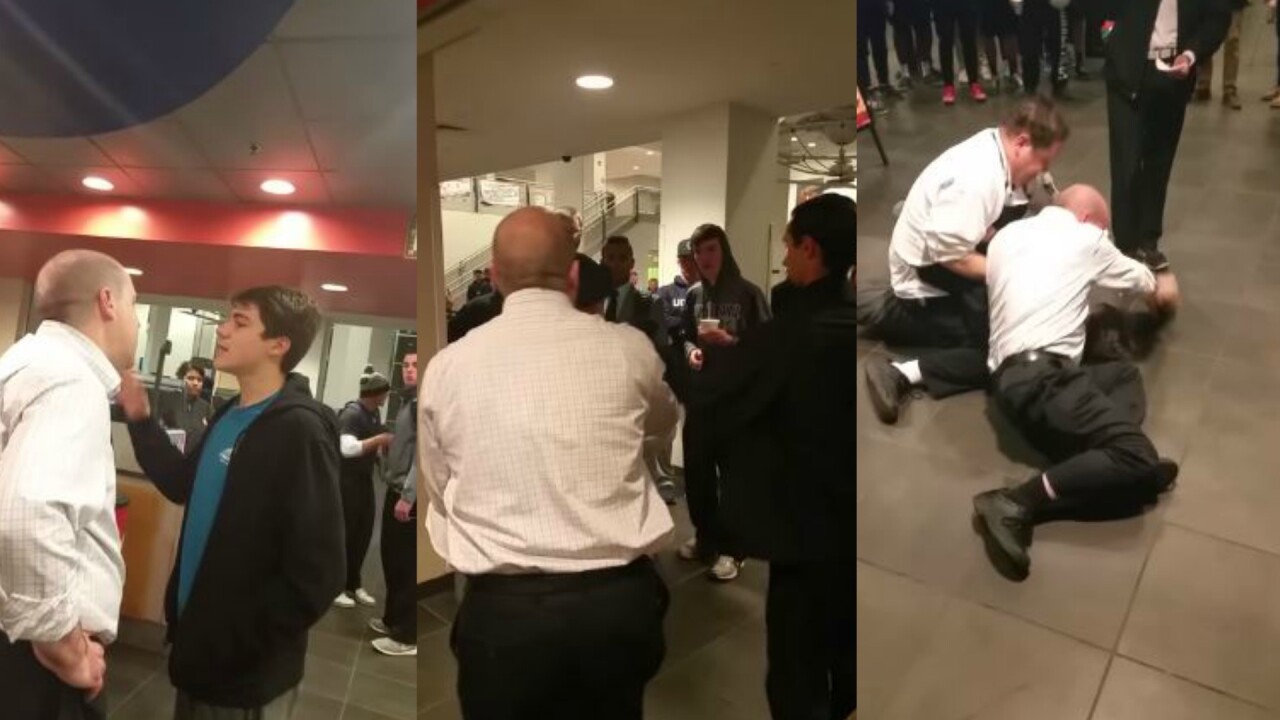 STORRS, Conn. — A 19-year-old college student has been arrested after allegedly berating campus staff when they refused to give him some mac and cheese.

According to FoxCT, University of Connecticut police arrested Luke Gatti, 19, of Bayville, New York and charged him with breach of peace and criminal trespass.

The incident was recorded on a student’s cell phone and the video has now gone viral on YouTube.

The video begins as a campus employee told Gatti he wouldn’t serve him because he had an open container of alcohol. Gatti replied he won’t leave until he got his bacon jalapeno mac and cheese.

Gatti is seen calling the school employee gay slurs and pushing him. Other employees try to get involved and eventually wrestle the student down to the ground after Gatti got physical with the employee.

Warning: Explicit language is used throughout the video.

According to FOX CT, this isn’t Gatti’s first run-in with the law.

He was arrested last year for disorderly conduct after he allegedly threatened an officer and called him racial slurs.

He was also arrested for interfering with officers while they tried to disperse a party. Police said Gatti was screaming obscenities at officers causing a crowd to gather and watch.

He’ll appear in court on October 13 for this incident.