After mass shootings, do parents shoulder some of the blame? 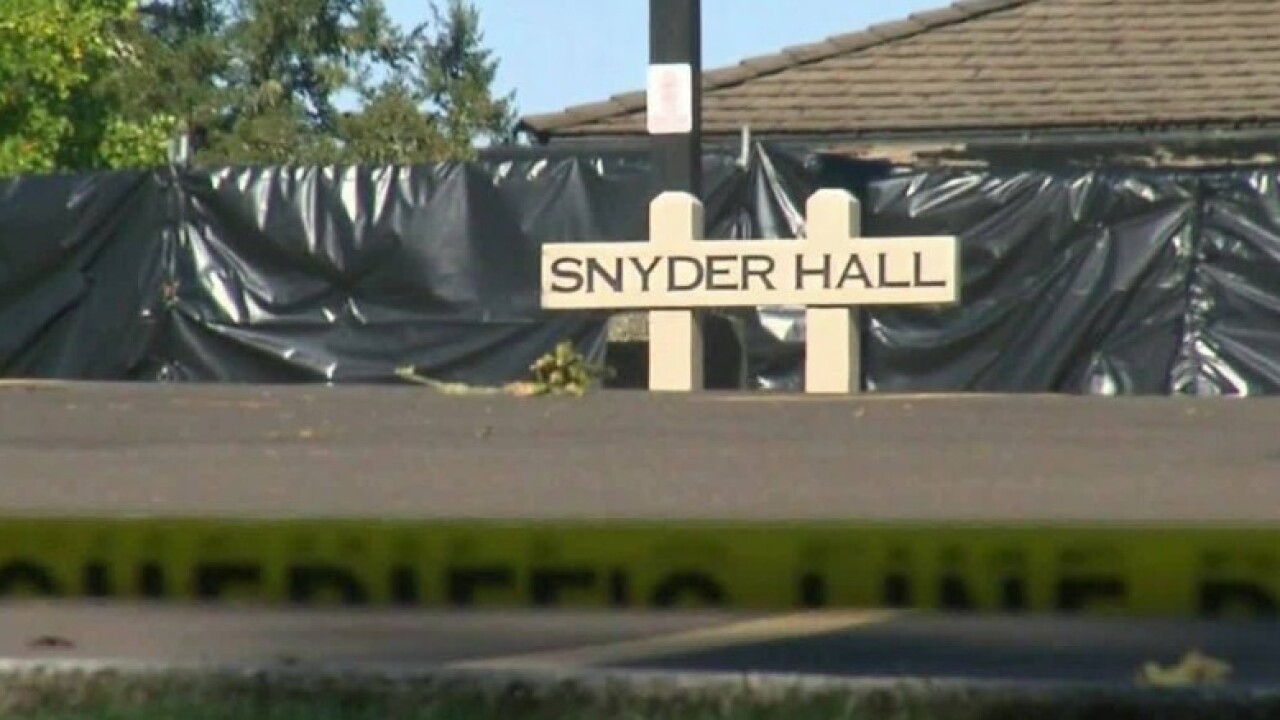 NEW YORK — After every mass shooting comes the question: Could it have been prevented? Is there anything anyone could have done to stop a shooter from indiscriminately killing others, often before taking his own life?

Those questions have been asked repeatedly since 26-year-old Chris Harper-Mercer shattered the community of Roseburg, Oregon, and shot nine people to death inside his community college classroom.

What’s also being asked, in his case, is whether his mother, Laurel Harper, shoulders some of the blame. Postings on online forums reveal a mother who worried about her son’s developmental issues, but who was also a passionate defender of gun rights.

With the similarities between Harper and the mother of Adam Lanza — the man responsible for killing 20 children and six adults at Sandy Hook Elementary School — so striking, a conversation is emerging about just how accountable parents should be for the crimes of their children.

“Can we say (parents) are directly responsible?” said Dr. Gail Saltz, associate professor of psychiatry at New York-Presbyterian Hospital. “Obviously that becomes more of an ethical, philosophical question, but it is true that not enough parents are looking for flags that require intervention and treatment, and could really make a difference in terms of who is going to go on to commit violence later.”

The shooter’s mother, Laurel Harper, wrote that both she and her son suffered from the mental disorder called Asperger’s syndrome. Studies have shown that people with Asperger’s are no more likely to be violent than the rest of the population. But because the mother herself may have had it, she may have been unable to recognize any warning signs that her son’s life was moving in a dangerous direction, said Saltz.

“This mother was also on the (autism) spectrum and we just don’t have supports that include education … and what you can do for adults who have an issue and who have … a child that has an issue,” said Saltz, author of “Anatomy of a Secret Life.”

“Left to her own devices, if you are trying to reach your adult child and they’re floundering and you love them, you are looking for what you can bond over,” she said. “It’s devastating that she allowed it to be guns, but clearly that was the motivation.”

‘Normalizing isolation has got to end’

Tricia Ferrara, a Philadelphia-area licensed family therapist and parenting strategist with more than a decade of experience in private practice, said the Oregon case reinforces how “all parents need a better understanding of child development so we can detect when the signals show a child may be moving in an anti-social direction.”

Harper-Mercer was 26 and didn’t appear to have any relationships with anyone other than his mother, which should have been a big concern to her and anyone else in his orbit, said Ferrara, author of the book “Parenting 2.0: Think in the Future, Act in the Now.”

“For a person who is unstable and unable to create social connections so that they have perspective and satisfying relationships, it can become very distorting what the reality of life is in terms of how to respond to circumstances,” she said. “This notion of normalizing isolation has got to end. That’s a big piece of it.”

But “sometimes the deterioration of mental health is invisible to the untrained eye,” said Ferrara. “To me, the fact that a 26-year-old could not come out and be social in his home with his mother’s guests would have been a raging red flag — but I’m trained.”

There is no certainty, both Ferrara and Saltz admit, in predicting who will go on to commit mass violence later, but there are plenty of warning signs that should give the parent the message that their child needs attention and treatment. Beyond anti-social behavior and isolation, those include children with substance abuse problems; children who appear angry, disenfranchised, aggressive, vengeful, and who see their problems as caused by the external world; and children with an impulsive reactivity to things.

“The problem is that lots of boys are going to get angry and punch a hole in the wall and most of them are never going to do anything terrible, but some of them will and any way you slice it, punching a hole in the wall is not an effective coping tool,” Saltz said. “So there is no downside, if you will, to basically acknowledging that your child needs some coping tools that are not just aggressive and violent. You are helping them in their lives.”

Ferrara has a chapter in her book devoted to the factors that reduce the odds of aggression. Those include the capacity for relationships, the ability to convey what you are feeling and the ability to deal with your emotions.

“Ensuring that children can regulate their emotions during stressful moments may be the single greatest legacy for mental health you can bestow upon them,” said Ferrara. “The ability to remain connected and engaged during moments of disagreement or fear is by far the best buffering against aggressive tendencies.”

The problem is too often, parents don’t really know what the red flags are and that they should seek treatment if they see them, or they worry about the shame and stigma surrounding getting help.

The importance of being involved

Parents need to be directly involved in their children’s lives and make sure they truly know their children, many parents across the country said.

“I read about these ‘disenfranchised’ young people and wonder in today’s world, how parents let that happen,” said Terry Greenwald, a divorced father of three grown children in Alaska. “The job of a parent once a child has reached 18 and claimed independence changes, but does not stop.”

He said if a child is posting online about anti-social thoughts or radical viewpoints, a parent should address the fact. Same story if a child is spending too much time and money buying weapons.

“They need to ask questions and be involved. Being involved may take many forms and it may cause issues between parent and child, but the cost of not doing anything is just far too great sometimes,” he said.

Several parents noted that warnings signs and responses may differ among boys and girls. Lori Day, an educational consultant who has worked in the field of education for more than 25 years, also said parents need to become more educated about the online lives of their sons, especially when they seem isolated, angry or hard to reach. “There is a huge, invisible (to parents) network of other similar young men who are influencing their sons, and it leads to even worse aggrieved entitlement and rage.”

Day also said that parents — both mothers and fathers — need to focus on redefining masculinity for boys, and helping them develop the emotional intelligence they need to cope with frustrations in life.

“Parents must raise emotionally literate and expressive boys,” said Day, author of “Her Next Chapter,” a book on mother-daughter book clubs. “While girls tend to internalize stress and harm themselves, boys tend to externalize it and harm others. It will take parents and other significant adults in the lives of boys, such as grandparents, teachers and neighbors to be the village these boys who are not thriving need.”

Vera Ezimora, an aspiring author and founder of the blog Verastic.com, said her parents were very involved during her upbringing in Nigeria. “When I came to America at the age of 15, I was shocked by how lenient the adults were on the kids and how much power the kids seemed to have over the adults.”

That said, she believes there is only so much “even the most involved parent” can do about their child. “I do not think that being isolated is necessarily a sign that a person could be dangerous in the future,” said Ezimora, who is expecting her first child. “Having guns should also not mean that one day, they will be used in a mass murder, but if you have a person with a development disorder or mental illness living at home with you, I would think that locking away deadly weapons like guns should be a priority.”

Stephanie Escamilla, who was featured in a CNN.com special “My Son is Mentally Ill,” said there are limits on parents, especially after their children turn 18. “I worry for my son because right now he’s succeeding and he’s doing OK and he’s taking his medications but once he turns 18 and he learns that he’s an adult, he can do whatever he would like to do,” Escamilla told CNN.

“He can just stop going to his psychiatric visits, drop all his medications and what can I do? I can’t force him unless I have guardianship,” she said.

If we start to blame the parents for the violence their children commit, we have to also blame the grandparents and their parents, said Kitty Bradshaw, creator of an online destination that covers lifestyle in Los Angeles and New York. “Who is to say when the cycle began?” she said.

Bradshaw said she came from an abusive home and remembers being a child and wanting to die “because I had someone who was so broken they took it out on me.” It would be hard for those people to spot warning signs and intervene, even if they’re supposed to be the responsible adults in a child’s life.

“Broken people cannot identify when their children are on the verge of snapping,” Bradshaw said, “because they can’t identify it within themselves.”