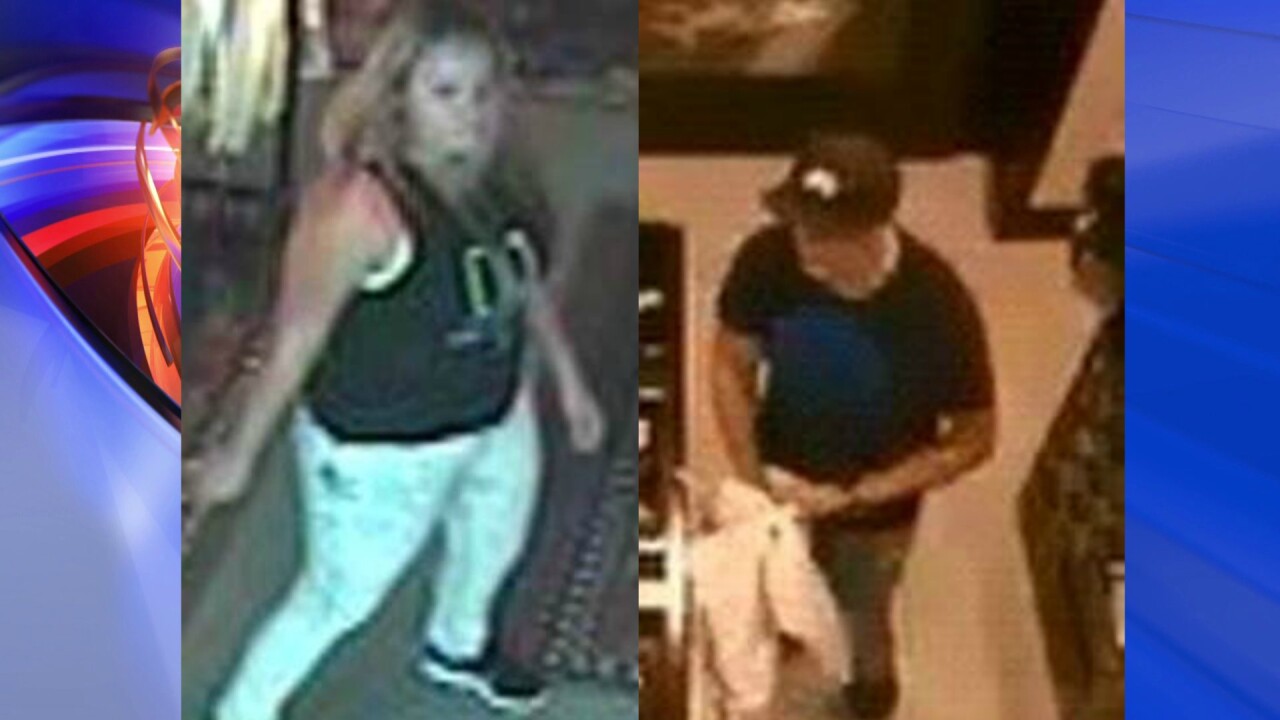 Police said Monday September 7 around 4:30 p.m., a man and a woman worked together to steal women’s underwear from Victoria’s Secret inside the mall.

Police are seeking the public’s help to identify and locate these two suspects.

Surveillance cameras later revealed that the suspect was taking clothes off of the shelves and putting it in a big bag that the other suspect wore.

Police said further investigation revealed that right before the suspects allegedly stole in Victoria’s Secret; the same two suspects stole numerous clothing from the warehouse Hollister in the same mall.

The male suspect is about 5 Feet 10 inches tall and is thin. He was wearing a blue shirt and black cap that had a small white logo.

The female suspect is about 5 Feet 5 inches and weighs about 150 pounds. She was wearing a sleeveless black shirt with a white logo and white pants. Her hair at that time was coffee with golden streaks.