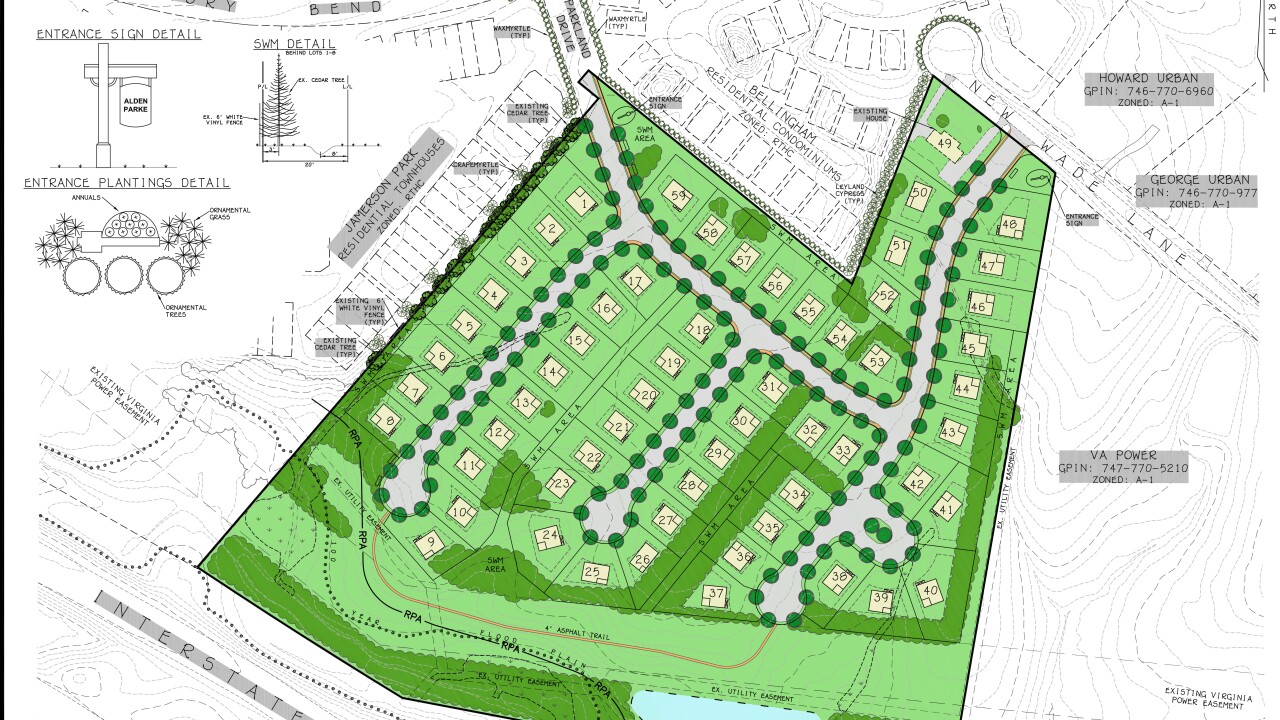 HENRICO, Va. — More homes are being eyed beside a Short Pump-area interchange that has seen a recent surge in interest from developers.

Locally based Duke Development is seeking a rezoning that would allow 59 new homes on a 32-acre tract in the northwest quadrant of the Interstate 295-Nuckols Road interchange.

The single-family homes would be built on six parcels south of New Wade Lane and east of Parkland Drive, beside the Jamerson Park and Bellingham sections of Twin Hickory. Land reserved for a future Dominion Power substation is located to the east.

Developer G. Brian Duke said he and partner Robert Dewbury have the properties under contract. He said his company was attracted to the area for its schools, proximity to shopping and other amenities.

“We see it as an infill, in a stable area that remained stable even through the (economic) downturn,” Duke said. “The schools, the public facilities – the libraries, the playgrounds – all those things are why we think this is an excellent location … We also think it will complement Twin Hickory.”

The Twin Hickory’s neighborhoods are almost all under the management of the same homeowners’ association, Duke said, and his hope is for his development to become part of that same HOA or to establish one that follows similar guidelines regarding yard maintenance and house upkeep.

The land is across Nuckols Road from the site of a recently approved residential development: an extension of Holloway at Wyndham Forest that will add up to 240 homes between Opaca Lane and the Springfield Road Landfill. Developer HHHunt, which also developed Twin Hickory, received that approval in July.

The new homes would have a minimum of 2,500 square feet of finished floor space and a variety of layouts and exterior facades. Each would include a two-car garage, and Duke said homes would be priced between $525,000 and $550,000.