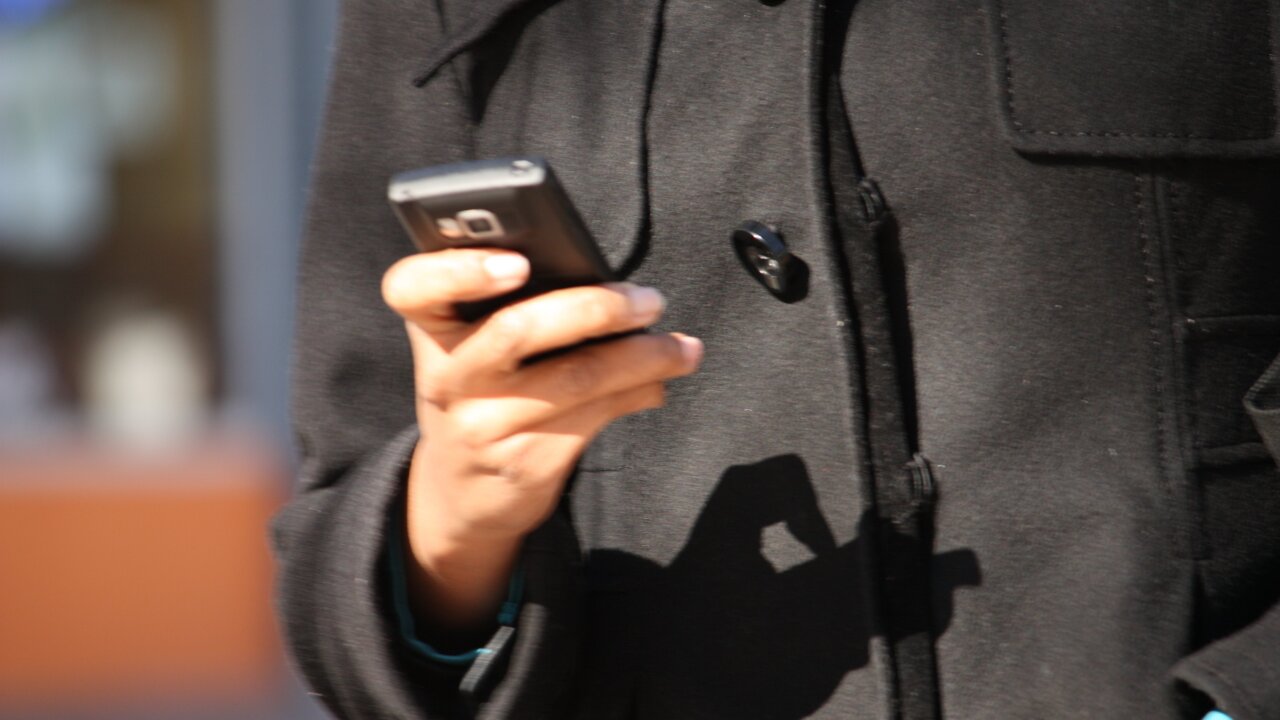 A woman is texting on her phone.

“I would rather not eat for a week than get my phone taken away. It’s really bad,” said Gia, a 13-year-old. “I literally feel like I’m going to die.”

“When I get my phone taken away, I feel kind of naked,” said Kyla, another 13-year-old. “I do feel kind of empty without my phone.”

Both participated in “#Being13: Inside the Secret World of Teens,” a first-of-its-kind CNN study on social media and teens.

More than 200 eighth graders from across the country allowed their social media feeds to be studied by child development experts who partnered with CNN. This is the first large scale study to analyze what kids actually say to each other on social media and why it matters so deeply to them.

“We see a lot of evidence of, if not out-right addiction to social media, a heavy dependence on it,” said sociologist Robert Faris, a school bullying and youth aggression researcher who co-authored the study. “There’s a lot of anxiety about what’s going on online, when they’re not actually online, so that leads to compulsive checking.”

“I would rather not eat for a week than get my phone taken away. It’s really bad,” said Gia, a13-year-old. “I literally feel like I’m going to die.”

Why are teens so anxious about what’s happening online? #Being13 found that it’s largely due to a need to monitor their own popularity status, and defend themselves against those who challenge it.

“This is an age group that has a lot of anxiety about how they fit in, what they rank, what their peer-status is. There is fear in putting yourself out there on social media and they hope for lots of likes and comments and affirmations but there is always the chance that someone could say something mean,” said child clinical psychologist Marion Underwood, the study’s other co-author.

The study was conducted with eighth graders at eight different schools in six states across the country. Participating students, with the permission of their parents, registered their Instagram, Twitter and Facebook accounts through a secure server created by Smarsh, an electronic archiving company contracted by CNN. The study’s co-authors, along with their teams, analyzed an estimated 150,000 social media posts collected over a six month period. In addition, the teens also answered a number of survey questions about their use of social media.

‘If they’re talking about me, I’m going to talk about them’

The more teens look at social media, the study found, the more distressed they can become. The heaviest social media users admitted to checking their social media feeds more than 100 times a day, sometimes even during school hours. What’s more, some teens are so vigilant about those who might be casting them in a negative light, they follow the social media accounts of not only their friends, but also their enemies.

#Being13 also found that teens no longer see a distinction between their lives in the real world versus the online world. But they’ll still post online what they admit they’d never say in person.

“Go die. Stop trying to be popular. Holy s**t your (sic) ugly,” read one social media post sent to a girl in the study.

“On a serious level you are f**k bouta (sic) get your ass kicked,” read a post written by a boy in the study.

The level of profanity, explicit sexual language and references to drug use surprised the experts, considering the study’s subjects were only in eighth grade.

“I didn’t realize these kinds of behaviors trickled down. You see this at the high school level but these are kids, who I think of as children, and we saw a lot of adult content on these platforms,” Faris said.

The adult content went far beyond the use of language. #Being13 found that even 13-year-olds are exposed to the sexualized side of the Internet. Fifteen percent of teens in this study reported receiving inappropriate photos, and those that did were nearly 50% more distressed than the rest of the students in this study.

“Receiving these pictures is upsetting, especially at such a young age, because it’s something you didn’t ask to see, it’s something you may have wished you did not open, but you can’t erase it out of your mind,” Underwood said. “It’s illegal, it’s worrisome, it’s scary, it’s dangerous, it’s loaded. If you tell an adult, everybody will get in a lot of trouble. So I think it puts them in a really tough position.”

“What they like to call it is ‘exposing.’ It’s either, like, an ex-girlfriend or an ex-boyfriend, the majority of the time, and what they do is post … naked pictures of the person,” said Morgan, an eighth grade girl in this study. “They’re sharing this stuff that was supposed to be kept private between the two, and really shouldn’t have happened in the first place, but it did, and now they’re spreading it.”

Underwood explained that a break-up at age 13 can already be overwhelming, but to combine those feelings with this new, and malicious, form of payback can simply be devastating.

“To have the additional fear that incriminating pictures, that intimate pictures, are out there for others to see just adds to the shame and humiliation,” she said. “When they are hurt, when they are furious … unfortunately that’s just perfect ammunition.”

#Being13 also studied parents of the participating teens. Almost all parents — 94% — underestimated the amount of fighting happening over social media. Despite that finding, parents that tried to keep a close eye on their child’s social media accounts had a profound effect on their child’s psychological well-being.

Beyond discovering a number of posts and trends that parents might find alarming, #Being13 also found that social media can have plenty of benefits for 13-year-olds.

She cautioned though, “there is the occasional hurtful comment, the occasional painful period, experience of exclusion that looms large for most of them.”