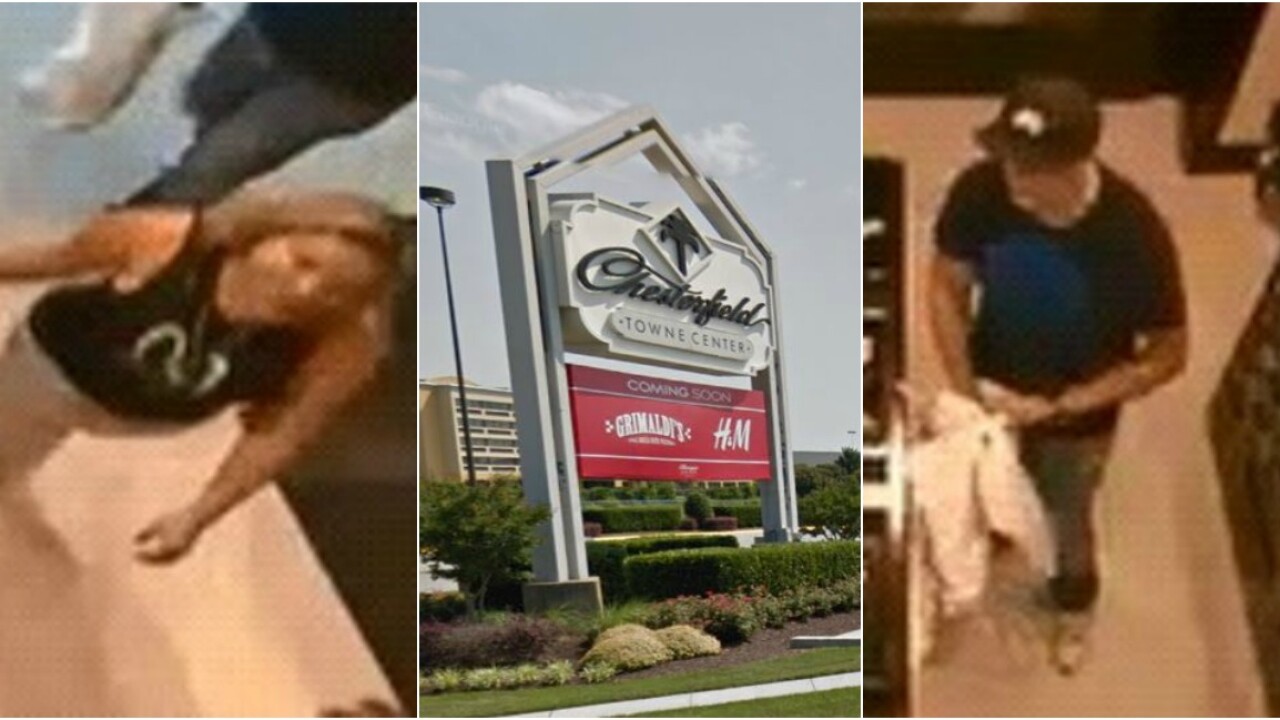 CHESTERFIELD COUNTY, Va. — A man and a woman are wanted for stealing clothes from two stores at Chesterfield Towne Center. The clothing thefts happened in the middle of the afternoon on Monday, September 7. The man and the woman “worked together” the pull off the crimes, a Chesterfield Crime Solvers spokesman said.

“Surveillance cameras later revealed the female suspect was pulling clothing [women’s undergarments] from display racks [at Victoria’s Secret in Chesterfield Towne Center] and putting it into a large bag being carried by the male suspect,” police said. “What the investigating officers did not know at the time was that just prior to stealing from Victoria’s Secret the same two suspects had stolen numerous clothing items from the Hollister store in the same shopping mall.”

Police described the woman as a 5’5″ tall, 150 pound white female. She wore a black tank top with a white logo and white pants. Her hair at the time was brown with blond highlights.

Anyone with information about this crime was asked to call Crime Solvers at 804-748-0660.

Police described the man as a 5’10” tall white male with a thin build. He wore a blue shirt and a black hat which had a small white logo on it.

Anyone with information about this crime was asked to call Crime Solvers at 804-748-0660.

Chesterfield Towne Center is located at 11501 Midlothian Turnpike. Anyone with information about this crime was asked to call Crime Solvers at 804-748-0660.