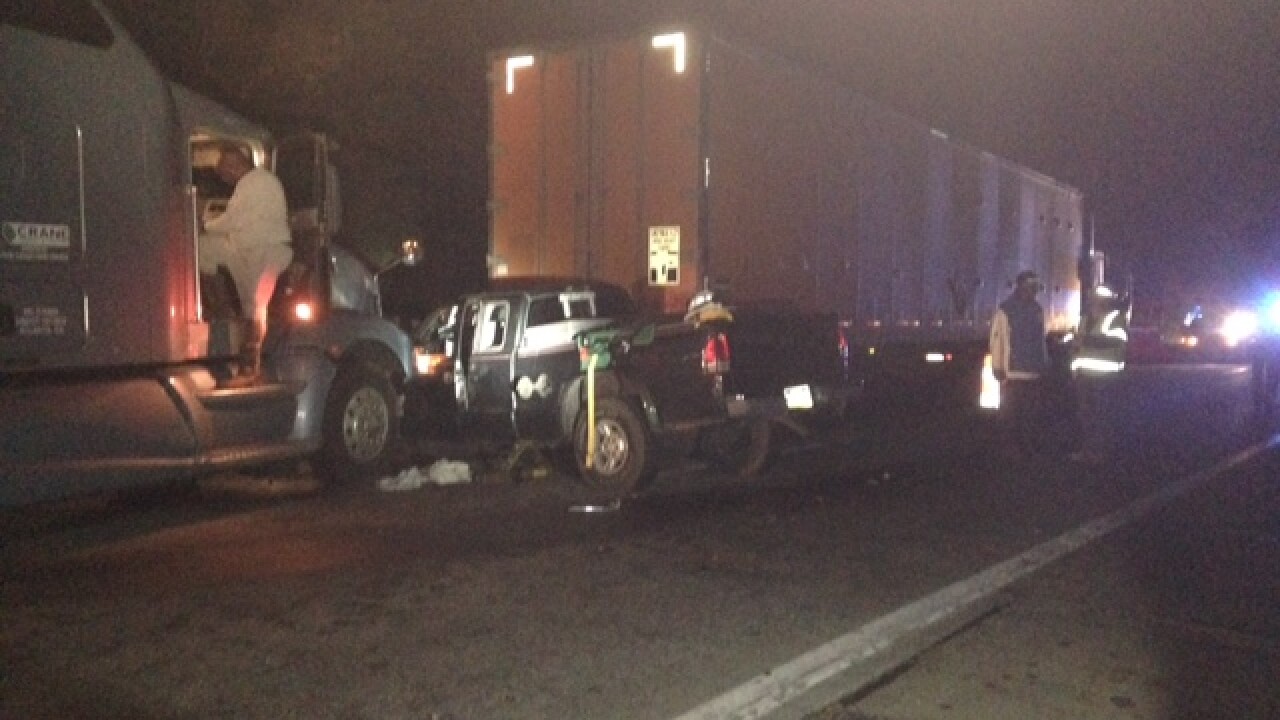 DINWIDDIE COUNTY, Va. — Virginia State Police are on scene investigating a three vehicle crash on I-85 southbound at the 49 mile marker in Dinwiddie County.

Police said the crash occurred around 9:39 p.m.  between two tractor trailers and a pickup truck.

Police said it appears the pickup truck was travelling northbound in the southbound lanes when the crash occurred.

There are injuries involved in the crash. At this point, police said one person was flown by med-flight to VCU Medical Center with serious injuries.